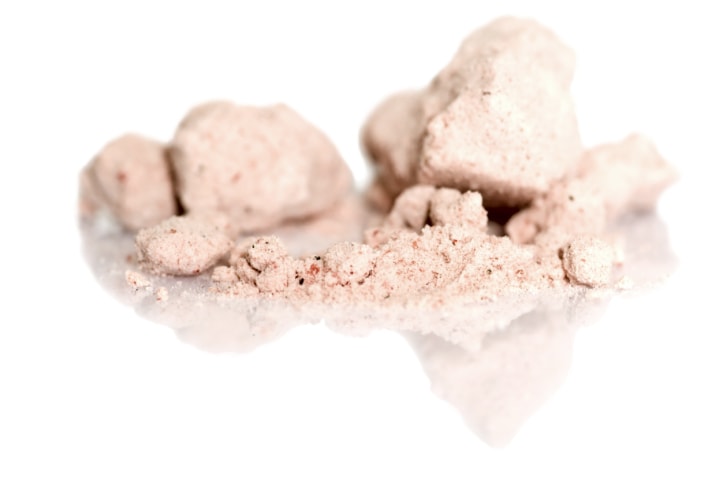 Black salt, also known as Kala Namak is a special type of Indian mineral salt. Unlike its name, black is not the salt's color. It has more of a pinkish-grey tint. It is due to the presence of trace minerals and iron. The distinctive flavor is due to the sulphur content and hence it is not considered as an alternative for ordinary salt, despite its sodium content.

There are three types of black salt, each one distinctive from the other.

Black Indian Salt or Kala Namak is very commonly used salt. In its rock form it is usually dark reddish-purple color; but when grounded it has more of a pinkish color. It is also used in some chutneys and chaats. Kaala namak is popularly used in the South Asian countries.

Black Lava Salt is a sea salt blended with activated charcoal. Compared to Black Indian salt, it has more earthy flavor. It is commonly used as a finishing salt added at the end of the cooking process.

Unlike the two types, black ritual salt is not consumable. It is also a sea salt mixed with ash or scrapings from cast iron. Sometimes, it is blended with black pepper.

1. Black salt, an essential source of iron, is an excellent cure for flatulence and heartburn.

2. Unlike the ordinary salt, black salt doesn't help in increasing the sodium content in the blood. Low salt diets or people with high blood pressure are advised to consume black salt.

3. It also aids healthy digestion and softens the bowel.

Black lava salt is used as a decorative condiment, because of its texture.