Arizona's Mint Dispensary, A Restaurant That Adds Weed To Everything 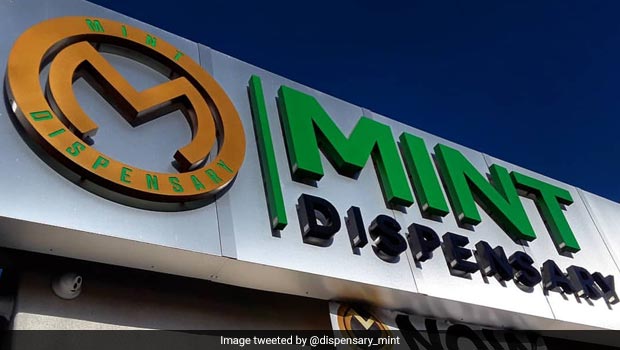 Raul Molina, a 46-year-old Mexican immigrant, says that cannabis is the business of the future, though for him it is a very lucrative here and now thanks to the Mint Dispensary, a unique store/restaurant in Arizona offering the likes of chicken wings dressed with THC, the active ingredient of marijuana. This emporium of the marijuana plant, located in the Phoenix suburb of Tempe and visited daily by some 1,000 customers, sells everything imaginable related to the weed, the Efe news reported.

An immense wall-to-wall show window displays the close to 10,000 products offered, from infusions to cannabis-themed T-shirts and souvenirs. Mint Dispensary, opened in 2018, was the first restaurant in the world to offer carry-out meals containing marijuana as an ingredient. "We were the first in the world to open. Not long ago I heard that a similar restaurant has just been opened in Europe," Molina, who was born in Ciudad Juarez, said proudly.

The businessman, whose previous occupation was selling cars, has two locations in Arizona and is about to open similar dispensaries and restaurants in Massachusetts, Michigan, New Mexico, California, Missouri, Florida and New Jersey. "Let's just see what we're able to do under the laws of each state," Molina said.

Mint Dispensary, a unique store/restaurant in Arizona offering the likes of chicken wings dressed with THC, the active ingredient of marijuana.

To be allowed in the Mint Dispensary it is necessary to present a valid medical card, because as its name indicates, it is basically a dispensary of medical marijuana. "We make different things compared to other dispensaries, we try to create an experience, a place with things to see and where our products are different. The kitchen is an open area with an area where we educate and others where people can observe how we prepare high quality dishes," he said.

Clients can see behind an enormous window a "show-grow" room where the marijuana plants are grown under artificial lighting and produce 80 lbs (36.6 kgs) every two weeks. That volume supplies only a small part of clients' daily consumption, however. "This doesn't meet our needs even though we have another five growing plots in the back, which means we have to buy hundreds of pounds more to be able to supply our clients at the two stores in this state," Molino said.

"On a good Friday we receive as many as 1,500 people and on our busiest day ever we served 2,700 customers," he added. The kitchen is within view of visitors as the aproned chefs prepare everything from fancy desserts to chicken wings dressed with THC (tetrahydrocannabinol). "Nine per cent of sales come from the restaurant, and what it sells are mostly hamburgers and pizza, particularly when the American football season starts, though we also make Mexican dishes for Cinco de Mayo," he noted.

While other commercial kitchens have licenses to make food products bottled, canned or packaged with THC, the Mint Dispensary is the only one in Arizona that can prepare ready-to-eat dishes like a restaurant. "There's plenty of people that would prefer to have it this way because they can't smoke," Molina said. Clients can order their food prepared with THC doses from 25 to 1,000 milligrams.

Prices vary according to the amount of THC added to the dish, so that a pizza dosed with 25 milligrams of THC costs $12.50, while the same pizza dosed with 1,000 milligrams costs $75. There are also baked goods like muffins, cookies, brownies, cupcakes and cheesecake. Birthday cakes and wedding cakes are also made with cannabis. The specialist in dosing while dining said the restaurant is set to "grow by leaps and bounds," and for that reason it will begin to offer home delivery in the next few months.

This Food Festival At Novotel Aerocity Is Bringing Rustic Flavours Of Punjab To Your Platter
Plant-Based Diet May Reduce Heart-Related Risks; 5 Vegan Recipes For Healthy Heart