Athiya Shetty Has 'Happiness In A Bowl' For Breakfast, Check Out What She Ate

Athiya Shetty takes her breakfast very seriously, if her latest Instagram stories are to be believed. She loaded on some delicious fruit goodies. 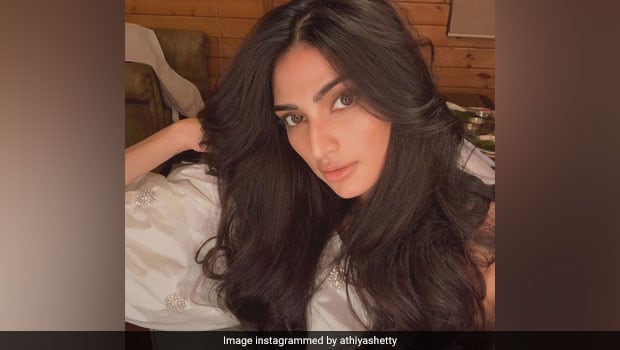 Athiya Shetty swears by fruits for breakfast, and this is what she ate recently.

There's nothing like a good breakfast to power up your day. It is good to have breakfast like a king, lunch like a prince and dinner like a pauper as the saying goes. The importance of breakfast cannot be understated for anyone, and even nutritionists and dieticians recommend against skipping the very first meal of the day. Athiya Shetty takes her breakfast very seriously, if her latest Instagram stories are to be believed. She loaded on some delicious goodies first thing in the morning, take a look:

The 'Motichoor Chaknachoor' actress began her day with a meal filled with loads of fruits. A video of her eating a number of fruits such as papaya, melon and pineapple surfaced in the actress' Instagram stories. She had a number of delicious things laid out in front of her for her first meal of the day. That wasn't all that she had in her fruity breakfast, as in the next Instagram story she could be seen having a bowl full of berries such as strawberries, cranberries and blueberries. "Happiness in a bowl," was what the actress referred to her breakfast meal as. The white bathrobe she was seen wearing in her stories turned out to be one of her favourite things about the day, as her next story said that she was 100% stealing it.

If you thought Athiya Shetty was all about healthy eating, you need to take a second look. She loves her carbs as much as her fruits and healthy foods, and her recent Instagram post is testimony to that. The actress shared a picture of herself loading up on some delicious Spaghetti Arabiatta, which she captioned as, "A well-balanced meal of carbs and carbs." Take a look:

Athiya Shetty's next project is yet unconfirmed. Her previous film 'Motichoor Chaknachoor' alongside Nawazuddin Siddiqui did not fare too well at the box office. Here's hoping she shares more such glimpses from her foodie journeys!