A woman from Atlanta has summed up the insatiable urge to snack in quarantine with a very relatable song, Quarantine Snacking, which has gone viral on social media. 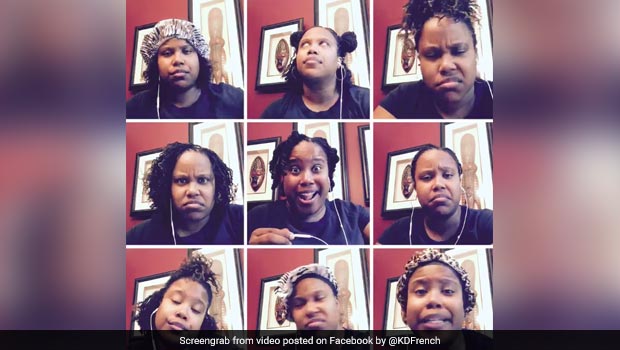 This song will resonate with those who have a constant urge to snack.

The Coronavirus pandemic brought life to a virtual standstill, with restrictions and curbs on movement across the world. As people largely stayed at home - the one feeling that increased manifold was the urge to snack. Most of us are guilty of reaching out for that bag of chips more often than not. This sentiment rings true especially in the period of quarantine when everyone was at home. A lady from Atlanta has summed up the insatiable urge to snack in quarantine with a very relatable song. Take a look:

The video was shared on Facebook by user KD French who is a resident of Atlanta, Georgia in the USA. The song was composed and sung by her in 'gospel' style and she featured in the video showing multiple looks and expressions. The lyrics of the song described how she was at the fridge again, reaching out for a snack after just two minutes of finishing the last one. There was also a whole list of things that she would snack on, ranging from mashed potatoes to cheese to fruits and even popsicles! KD French wrote in the caption while sharing the video, "At least making this song kept me from the fridge for about an hour!! Jumping jacks, sit ups, and running are in my future!! I can see it... but not today!!!"

Her video went viral and garnered over 5 million views and nearly 100k likes on Facebook, along with several thousand comments. Viewers related to the thought behind the song, as one commented, "This is amazing AND I want a little magnet that plays this when fridge opens." Another one wrote, "This should be the Anthem Of the Pandemic!"

Not only did people appreciate the sentiment of the song, they were also amazed by her incredible singing prowess. "This is hilarious! And also, what incredible talent," wrote one user on the video. "Hard to tell what's better- the incredible, soulful singing, the humour in the lyrics, the facial expressions of disdain or the versatile hairstyles and hats that make her look like so many different people," said another user in the comments section.

What did you think of the song? Are you guilty of quarantine snacking too? Tell us in the comments below!