When it comes to fruits, apple stands out to be the most nutritious of the lot and is known for its many health benefiting properties. 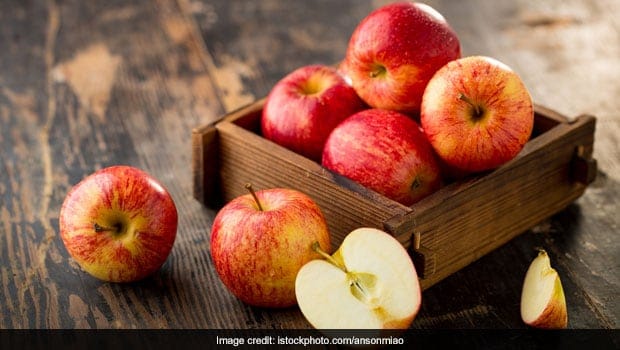 Apple is replete with essential vitamins and minerals

Fruits and vegetables are an excellent source of essential vitamins and minerals that are required by our body to perform optimally. When it comes to fruits, apple stands out to be the most nutritious of the lot and is known for its many health benefiting properties. A recent study published in the journal Nature Communications has attributed apple for another benefit. The Vitamin C content present in apples could help boost anti-bacterial immunity and also help keep pneumonia at bay, suggests new study. The researchers found out that bacteria use hydrogen peroxide to weaken the immune system and cause pneumonia. Hydrogen peroxide is used to whiten hair or teeth as it acts as a bleaching agent, and also used for cleaning surfaces and disinfecting wounds.

"Therefore, it was surprising to see that many types of bacteria actually use the same substance to overcome the body's defences," he said.

"One of the best known substances with the ability to neutralise hydrogen peroxide and that could hence boost anti-bacterial immunity are vitamins such as Vitamin C found in fruits. Perhaps the old adage 'an apple a day keeps the doctor away' is not off the mark," Gekara added.

The researchers of the study mainly focused their studies on Streptococcus pneumoniae, which is the most common bacterium causing pneumonia but can also cause, among other illnesses, meningitis or severe sepsis. As per the findings of the study, bacteria such as pneumococci release large quantities of hydrogen peroxide, which leads to inactivation of inflammasomes, further weakening the immune system.

In mice models, the researchers found out that bacteria manipulated to produce less hydrogen peroxide were unable to inactivate inflammasomes, which further elicited a faster inflammatory response that effectively cleared the bacteria from mouse lungs. Other than this, by innoculating the mice with a special enzyme, catalase, one could increase the inflammation and inflammatory symptoms, leading to faster elimination of pneumococci from the lung.