Why You Shouldn't Feed Your Pet Dogs Raw Meats 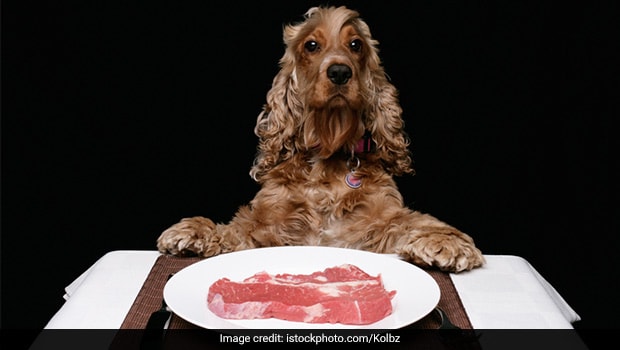 Dogs love meats and get very excited with the prospect of eating any kind of meat. But a new study has pointed out the harmful effects of feeding your pet dogs with raw meats. The study, conducted by researchers from the University of Agricultural Sciences in Sweden said that feeding raw meats to your pets can increase the risk of a number of diseases as these contain high levels of very harmful bacteria. The study said that raw meats and raw meat products have high levels of enterobacteriaceae species, which are typically indicators of faecal contamination and poor hygiene standards in pet food. The presence of these bacteria can cause health risks to people as well, particularly infants and elderly people present in the household.

A number of dog parents feel that raw meats are a better and more healthy alternative to artificial and processed pet food that are commercially available in the market. But this study is likely to convince them otherwise. The results of the study were published in Vet Record. For the study, researchers looked at 60 packs of raw meat samples, which were all analysed for presence of bacteria, which includes clostridium perfringens, salmonella and campylobacter. 52 per cent of the samples tested, or nearly 31 food samples contained dangerously high levels of harmful bacteria in them. E. choli was present in one third the samples, while Clostridium was found in 30 per cent of the samples.

Researchers said that feeding on such contaminated meats may increase antibiotic resistance in dogs that are on antibiotics for any issue. Talking about the presence of bacteria in raw meats, Daniella Dos Santos, Junior Vice-President at the British Veterinary Association said, "Bacteria such as escherichia coli and salmonella can cause significant gastrointestinal disease in animals. We would advise any pet owner wanting to try a raw meat-based diet to first consult a veterinary surgeon."