The Dangers of Hidden Chemicals in Your Food 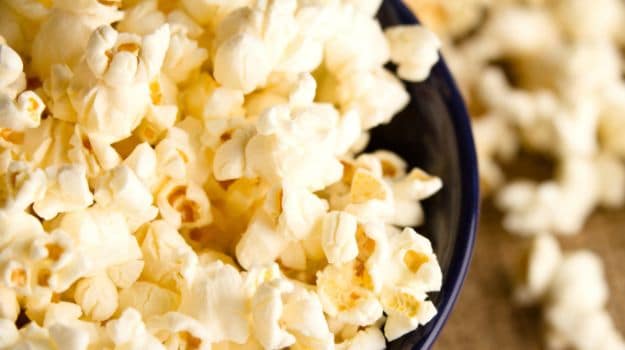 What do a pizza box, a polar bear and you have in common?

All carry a kind of industrial toxicant called poly- and perfluoroalkyl substances, or PFASs, that do two things: They make life convenient, and they also appear to increase the risk of cancer.

The scientists I interviewed say that they try to avoid these chemicals in their daily lives, but they’re pretty much unavoidable and now are found in animals all over the planet (including polar bears in Greenland and probably you and me). PFASs are used to make nonstick frying pans, waterproof clothing, stain-resistant fabrics, fast-food wrappers, microwave popcorn bags, firefighting foam and thousands of other products. Many are unlabeled, so even chemists sometimes feel helpless.

This should be a moment when government steps up to protect citizens. But from tobacco to lead paint to chemicals, industry has used donations, obfuscation and lobbying to defer regulation until the human casualties are too vast to be hidden.

​PFASs are “a poster child” for what’s wrong with chemical regulation in the United States, says John Peterson Myers, chief scientist of Environmental Health Sciences, a research and publishing group in Virginia. PFASs are just about indestructible, so, for eons to come, they will poison our blood, our household dust, our water and the breast milk our babies drink.

Warnings of health risks from PFASs go back half a century and are growing more ominous. In May, more than 200 scientists released a Madrid Statement warning of PFASs’ severe health risks. It was published in Environmental Health Perspectives, a peer-reviewed journal backed by the National Institutes of Health.The scientists cited research linking PFASs to testicular and kidney cancer, hypothyroidism, ulcerative colitis and other problems. Arlene Blum is a chemist whose warnings about carcinogens have proved prophetic. In recent years, she has waged an increasingly successful campaign against modern flame-retardant chemicals because of evidence that they also cause cancer, but she told me that PFASs “are even a bigger problem than flame retardants.”

The chemical industry acknowledges that older, “long-chain” PFASs are a problem but says that it is replacing them with “short-chain” versions that should be fine. It’s true that there is less evidence against the short-chains, but that’s perhaps because they have been studied less.

Americans expect that chemicals used in consumer products have been tested for safety. Not so. The vast majority of the 80,000 chemicals available for sale in the United States have never been tested for effects on our health.

Any testing is being done on all of us. We’re the guinea pigs.

Congress may finally pass new legislation regulating toxic chemicals, but it’s so weak a bill that the chemical industry has embraced it. The Senate version is better than nothing, but, astonishingly, it provides for assessing high-priority chemicals at a rate of about only five a year, and it’s not clear that the House will go that far.

Yes, of countless toxicants suspected of increasing the risk of cancer, obesity, epigenetic damage and reproductive problems, the United States would commit to testing five each year. And that would actually be progress.

For safety reasons, Europe and Canada already restrict hundreds of chemicals routinely used in the United States. Perhaps the danger of tainted brands and lost sales abroad - not the risk to Americans - will motivate U.S. companies to adopt overseas limits.

Scientists are already taking precautions and weighing trade-offs in their personal lives. R. Thomas Zoeller, a biology professor at the University of Massachusetts, Amherst, says he now avoids buying nonstick pans. Rainer Lohmann, an oceanographer at the University of Rhode Island, told me that he is replacing carpets in his house with wood floors in part to reduce PFASs.

Blum says she avoids buying certain nonstick products and waterproof products, but reluctantly uses a glide wax for backcountry skis that contains PFASs. “Every time I spray it on, I realize the chemicals will be in my body for a very long time and on the planet for geologic time, perhaps longer than mankind,” Blum said. “But I do enjoy a good glide when I ski.”

Some brands, including Levi’s, Benetton and Victoria’s Secret, are pledging to avoid PFASs. Evaluations of the safety of products are available free at the GoodGuide and Skin Deep websites.

The chemical lobby is following the same script as the tobacco and lead lobbies a generation ago, throwing around campaign donations and lobbying muscle to delay regulation. The chemical industry spent $190 million lobbying in the last three years. If only it would devote such sums to developing safer products, rather than to defending its right to produce suspected carcinogens.