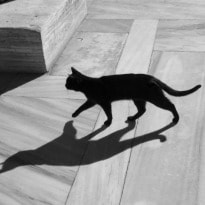 As the FIFA World Cup edges close to the quarter-finals, curiosity builds up.  While each team gears up to put their best foot forward (literally), some are known to cling to a string of superstitions.

Let's face it, not everything in life has to be logical. Most sports submit to certain superstitions that are popularly believed to be game-changers. We cannot vouch for the luck spells that they cast, but some players won't think twice before giving in to these bizarre beliefs. Here's how hooked footballers and their trainers are to some food superstitions.

For many years, TV commercials for this chocolate spread featured young German players. They may have boosted sales but it seemed to have exhausted their luck. It turned out that the players who featured in these advertisements would give heartbreaking performances on the field. Soon after the players started boycotting the offer due to the fear of failure, the company discontinued the ads.  Kevin Kuranyi, Benjamin Lauth, Andreas Hinkel, Tim Borowski and Marcell Janssen are few players whose careers were allegedly punctured by the curse.

The Liverpool goalkeeper, Pepe Reina is known to grab a biteful of luck with a ham and cheese sandwich.  He also drinks a glass of wine the night before a game to boost his mood and help him perform better.

Holland's most celebrated player Johan Cruyff, would chew gum while playing. During the match, he would stroll towards the opposition and spit his gum on their side of the pitch. For the European Cup Final in 1969 against AC Milan, Cruyff forgot his gum and his team lost with a score of 4-1.
The salt spell

Former President of the club Pisa, Romeo Anconetani would sprinkle salt over the pitch before every match. The more important the game, the greater would be the amount of salt used. For one of the matches where Pisa faced its local rival Cesena, he is known to have thrown as much as 26 kilograms of salt over the pitch!


Going back to the grassroots!

Leslie Edwin is an American college football coach and the head coach for LSU Tigers football team. He follows a tradition of eating the grass on the field before every single game.

The Republic of Ireland's number one player, Shay Given keeps a bottle of holy water inside the goal. His predecessor, Packie Bonner kept some clay from Gartan in his glove bag.  And that's the way the ball bounces!


The potent powers of garlic

Pablo Hernández Coronado, the goalkeeper for Real Madrid from 1915 - 1922, claimed that after the restoration of the stadium they didn't win any title for about 5 years till a clove of garlic was buried in the center circle of the pitch and the curse was expelled.


Perfecting the art of being perfect!

Apparently, David Beckham suffers with an OCD, where he'd want everything to be arranged symmetrically and in straight lines. Also, the quantity of foods in his fridge should be even, so if he'd find three soft drink cans, he would chuck one. That's probably how he made his way against all 'odds'.