How to Use Chopsticks: It'll Only Take a Few Minutes 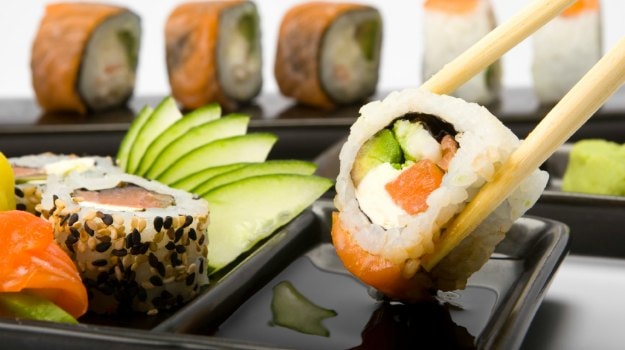 Next time you go to an Asian restaurant you won't be the only one not eating with a chopstick or worse, trying to poke someone's eye out with it. You'll be able to use chopsticks like they're an extension of your arm.

Chopsticks were invented almost 5000 years ago in China and back in the day, they were made of twigs and used mostly for cooking since they were perfect for reaching into hot oil or water. It is believed that they were used on the table around 400BC. But the rise in the popularity of chopsticks as cutlery can be attributed to two main factors: the booming population of China and the fact that the Chinese were cooking food that was cut into smaller pieces which made knives almost redundant. Apparently, when resources became scarce around 400BC chefs figured out that they could save fuel if they cut food into smaller pieces and cooked it. This ruled out the use of knives on the dinner table, a practice that also didn't fall in line with the non-violent teachings of Confucius, who said:

"The honorable and upright man keeps well away from both the slaughterhouse and the kitchen. And he allows no knives on his table."

According to an article from the Smithsonian, chopsticks made their way to Japan, Vietnam and Korea around 500AD. In the early days in Japan, chopsticks were made from one piece of bamboo and joined from the top like a pair of tweezers and used strictly for religious ceremonies.

Chopsticks have also had a long standing affair with superstition in many Asian countries: During dynastic rule in China, people would eat with silver chopsticks as they believed that if the food was poisoned the chopsticks would turn black. They would use the bamboo sticks for some occasions but that was because of ingredients like garlic, rotten eggs and onions, all of which release hydrogen sulphide which reacts with silver. In some parts of Malaysia, people used to believe that if your chopsticks were of uneven length, then you were more likely to miss a boat or plane. One of the most bizarre superstitions was a Korean one which said that the closer to the top you hold a pair of chopsticks, the longer you'll stay unmarried.

Dining Etiquette and the Use of Chopsticks

If you want to learn how to use chopsticks in a matter of minutes, follow these instructions to the T. They may seem difficult at first but just like driving, once you pick them up you can execute them with ease.

Research suggests that more than 100 nerves and muscles in your body have to work in order for you to use chopsticks. Research also shows that people who use chopsticks regularly are less likely to get Alzheimer's and in fact have a sharper memory than the rest. While you ponder over all of this, read through some Japanese dos and don'ts about how to use chopsticks.

1. When you're not eating, the chopsticks should be placed horizontally to the left of your plate and not in your bowl of food.

2. Don't lick your chopsticks while waiting for the rest of the food or out of boredom.

3. When you're done with your meal place the chopsticks across your plate or bowl.

4. Don't point at people with chopsticks and don't use it as a toy. And please, don't wave with them.

5. Don't hold your chopsticks with five fingers, like you're holding a walking stick.

6. Don't use chopsticks to stir your soup and don't poke and prod your food with it either.