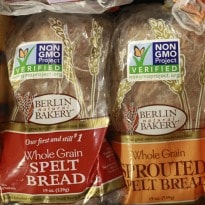 One of the biggest stumbling blocks to securing a massive free trade agreement between the United States and Europe is a sharp disagreement on genetically modified foods. Much of the corn, soybean, sugar beets and cotton cultivated in the United States today contains plants whose DNA was manipulated in labs to resist disease and drought, ward off insects and boost the food supply. Though common in the U.S., they are largely banned in the 28-nation European Union. Washington wants Europe to ease restrictions on imports of GMO foods, but the EU is skeptical they are safe. Intense emotions on both sides of the divide make it difficult to separate between strongly held belief and science. Here is a look at key points in the debate.

Most studies show GM foods are safe for human consumption, though it is widely acknowledged that the long-term health effects are unknown. The U.S. Food and Drug Administration has generally recognized GM crops as safe and the World Health Organization (WHO) has said no ill health effects have resulted on the international market.

Opponents on both sides of the Atlantic say there has been inadequate testing and regulation. They worry that people who eat GM foods may be more prone to allergies or diseases resistant to antibiotics. But they have been hard pressed to show scientific studies to back up those fears.

GM foods have been a mainstay in the U.S. for more than a decade. Most of the crops are used for animal feed or in common processed foods such as cookies, cereal, potato chips and salad dressing.

Europe largely bans genetically engineered foods and has strict requirements on labeling them. They do allow the import of a number of GM crops such as soy, mostly for animal feed and individual European countries have opted to plant GM crops. Genetically engineered corn is grown in Spain, though it amounts to only a fraction of European farmland.

The American Medical Association favors mandatory, pre-market safety testing, something that has not been required by U.S. regulators. The WHO and the U.N. food agency, the Food and Agriculture Organization, say the safety of GM foods must be evaluated on a case-by-case basis.

By 2050, the world's population is projected to rise to 9 billion from just over 7 billion currently. Proponents of GM foods say they are safe and can boost harvests even in bad conditions by protecting against pests, weeds and drought. This, they argue, will be essential to meeting the needs of a booming population in decades to come and avoiding starvation.

However Doug Gurian-Sherman, senior scientist for the Union of Concerned Scientists' Food and Environment Program, an advocacy group, said genetic engineering for insect resistance has provided only a modest increase in yields since the 1990s and drought-resistant strains have only modestly reduced losses from drought.

Moreover, he said conventional crossbreeding or cross-pollinating different varieties for desirable traits, along with improved farming are getting better results boosting yields at a lower cost. In fact, much of the food Americans eat has been genetically modified by those conventional methods over thousands of years, before genetic engineering came into practice.

"Overall, genetic engineering does not get nearly the bang for the buck as conventional breeding" and improved agricultural practices, Gurian-Sherman said. UCS advises caution on GM foods and favors labeling, though it acknowledges the risks of genetic engineering have sometimes been exaggerated.

Andrea Roberto Sonnino, chief of research at the U.N. food agency, said total food production at present is enough to feed the entire global population. The problem is uneven distribution, leaving 870 million suffering from hunger. He said world food production will need to increase by 60 percent to meet the demands of 9 billion by 2050. This must be achieved by increasing yields, he added, because there is little room to expand cultivated land used for agriculture.

GMOs, in some instances, can help if the individual product has been assessed as safe, he said. "It's an opportunity that we cannot just miss."

TO LABEL OR NOT TO LABEL?

Europe requires all GM food to be labeled unless GM ingredients amount to 0.9 percent or less of the total. The U.S. does not mandate labels on the view that GM food is not materially different than non-modified food. Opponents of labeling say it would scare consumers away from safe foods, giving the appearance that there is something wrong with them.

U.S. activists insist consumers should have the right to choose whether to eat GM foods and labeling would offer them that choice, whether the foods are safe or not. They are pushing for labeling at the state and federal level. California voters last year rejected a ballot initiative that would have required GM food labeling. The legislatures of two other U.S. states, Connecticut and Maine, have passed laws to label GM foods and more than 20 states are contemplating labeling.

Promoted
Listen to the latest songs, only on JioSaavn.com
COULD GM FOOD TORPEDO THE TRADE DEAL?

Absolutely. The U.S is pressing for the restrictions on importing GM food to be eased but there is no sign that the EU's firm opposition is softening. German Chancellor Angela Merkel said recently that Europe will defend its restrictions in the trade negotiations. Some in the U.S. see the European resistance as just another form of protectionism that promotes domestic products over imported ones.

CommentsGM foods are not the only seemingly intractable issue standing in the way of a comprehensive free trade agreement. They are part of a broader set of restrictions on both sides related to agriculture and food safety. There are also significant differences on intellectual property and financial regulations, among other thorny issues.