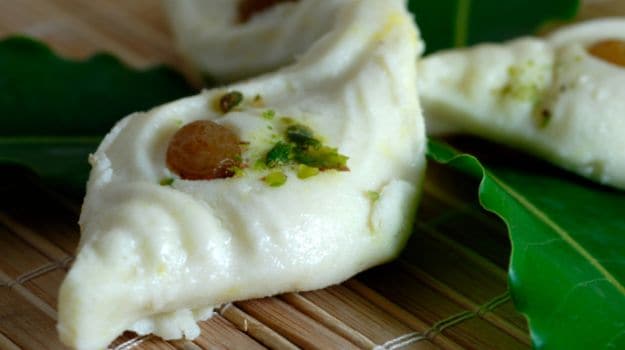 What tickles your taste buds when someone takes you down the bylanes of Kolkata? Well, if rosogollas, chom chom and sondesh are the traditional sweets that come to your mind, revisit Kolkata again as Bengalis begin the Poila Baishakh celebrations.

For their culinary treat, the traditional sweets' space has now been taken, albeit slowly, by new generation offerings like abar khabo, dilkhush and paradise. Kolkata – the city which is home to many famous culinary joints satisfying the sweet cravings for years together – is now witnessing a sea of change in the art of making sweets.

Bhim Chandra Nag, a sweet shop named after its owner and established in 1826 in the Bow Bazaar area of north Kolkata and a pioneer in making sondesh, has well understood the changing tastes of its customers.

"Times have changed and so have the taste of people. They now prefer flavoured sweets than traditional ones," said Pratap Nag, the sixth-generation owner of the 189-year-old sweet shop.

"Abar khabo, dilkhush and paradise are new sweet offerings that have become extremely popular among our customers," Nag added.

Stuffed with mawa and pista, abar khabo is delicate and has a strong essence of gulab jal (rose water). Dilkhush has a kesar-zaffran taste whereas the tri-coloured, vanilla-flavoured paradise is so soft that it melts in the mouth. Then, there is the alphonso sondesh with the rich taste of mango that makes one wonder whether it is the real thing or a sweet item, and the other all-time favourite flavours – chocolate and butterscotch.

Another famous shop, Girish Chandra Dey and Nakur Chandra Nandy, located in the Hedua area, also in north Kolkata, has joined the fray for redefining the sondesh preparation.

"There is definitely a competition in the market to come up with an innovative and different variety of sweets and match the people's expectations. We also need to maintain the quality," said Pratip Nandy, the fourth generation owner of the 1844-built shop.

Although jol-bhora sondesh, made of dry fruits and is a trademark of the outlet, is still popular but they have come up with flavoured sondesh like butterscotch, black current, pineapple, orange and green mango to meet changing tastes.

"People now want to have a new variety of sweets. We get more orders for chocolate sondesh than rosogollas these days," Nandy informed, proudly adding that Bollywood superstar Shah Rukh Khan always orders sweets from his shop whenever he is in Kolkata.

Bengali sweets get a modern makeover

While inventing different flavours, sweet makers are also keeping their health-conscious and diabetic customers in mind.

Bhim Chandra Nag specially prepares a sugar-free sondesh "dadagiri" – named after a show hosted by former Indian cricket captain Sourav Ganguly who, in fact, suggested they prepare a sondesh variety that is low in calorie and fat.

So, move on from rosogollas and don't miss out the opportunity to gobble in your favourite sondesh this Bengali New Year!