One Woman is Fighting Food Poverty with 'Social Eating' 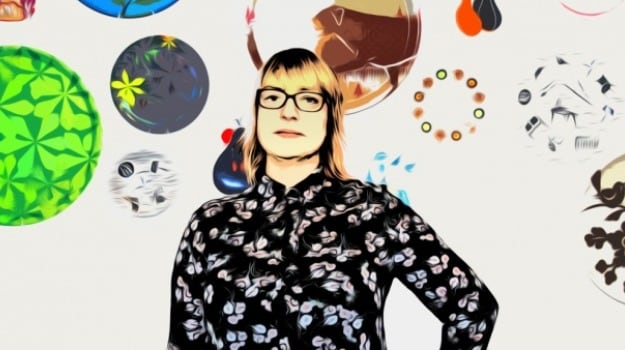 Resilient People: 'Food crisis responder' Marsha Smith takes surplus produce from supermarkets and cooks it for those in need. In a city suffering from food poverty, she is trying to shake up the system for good.

"I'd call myself a 'social eating advocate'... or maybe a 'food crisis responder'," says Marsha Smith as we sit down for lunch at her home on the outskirts of Nottingham. "The fact is, some people just want someone to cook them dinner, and there's no harm in that." I heartily agreed as I tucked into the homemade vegetarian and wheat-free meal she'd just placed in front of me.

Almost every item of food on my plate had come via FareShare, an organisation that relieves supermarkets of surplus food (food that's in date and good to eat, but won't be sold due to reasons like over-ordering or incorrect labelling) and redistributes it to charities and community projects around the UK. Marsha's Super Kitchen is one of its 1,700 recipients. At eight locations across Nottinghamshire, this "social eating service" offers a home-cooked meal made from surplus and locally grown ingredients, to be eaten "like a family" for just £2-3 per head.

Once home to a thriving textiles industry, Nottingham now has the highest number of workless households in the country, with 30.1% out of work and 32% of children living in poverty. After brutal cuts to the council - including the scrapping of the local welfare fund - a food bank shut in protest late last year, but the demand remains high with over 20 still serving the area. However, with an estimated 400,000 tonnes of surplus supermarket food available in the UK each year, Marsha wants to shift the focus from food poverty into abundance.

"We need a better mechanism for distributing all this food", she explains. "Food banks are good in the sense that they meet a need ... but they create a cycle of dependency that doesn't empower anyone. What we've shown is that we can get it into communities and onto plates." She believes that many organisations providing food to those in need ignore the potential paying customers who will financially "buoy up" projects that are feeding those who are economically vulnerable. By avoiding council-allocated funding, she makes her business resilient to funding changes and impacts of local politics, while offering a service that is inclusive and open to anyone.

Since April last year, Super Kitchens across Nottinghamshire have dished out 18,500 meals and have saved over six tonnes of perfectly edible food from landfill. Marsha is also busy working with other local food groups - growers, "cook and eat" organisations and school allotment projects - to "unite them under a resilient brand". This interconnectivity between projects demonstrates the importance of a networked approach in combating issues such as food insecurity (the experience of not knowing where the next meal will come from) in the city.

Aside from the health and environmental benefits of eating nutritious meals made from otherwise tip-bound food, it's the social element of Super Kitchens that Marsha is most excited about, and what she has tapped into is nothing new. In fact, the word "companion" comes from the latin com (together) and panis (bread), and literally translates to "bread fellow". "In a time when our need to eat and be sociable has been privatised, we need more spaces to get together in," Marsha says, and that's what her social eating service achieves by creating new public space in the city around food.

"You know that whenever you drop in for a meal, there'll be someone to talk to who's there for the same reasons," Marsha explains. She tells me about the single parents who visit the kitchen weekly to give themselves a night off, or the elderly woman who found comfort in eating a home cooked meal after her husband passed away. The communal environment of a Super Kitchen seems akin to the kind of congenial and supportive feel of the working men's clubs that were at the heart of tight-knit communities for so many years.

With Super Kitchen's first birthday around the corner, Marsha is busy working on a strategy to persuade supermarkets to pay for public cafes where they can serve up their surplus food to a customer base who want to connect with it for social and environmental good. "There will always be surplus food in circulation," she explains; "it's a shameful outcome of our industrialised food system". What she is trying to create is a platform upon which supermarkets can showcase their surplus produce, rather than trading it off in secret, without the fear of being exposed for rejecting perfectly edible produce.

Through stitching together a networks of food growers, educators, community organisations, distributors and suppliers in Nottingham, Marsha is creating the conditions through which urban resilience can grow. By providing spaces for individuals from different backgrounds to meet - and eat - the fabric of a robust and adaptable society can be woven from the ground up.

"Without social spaces for people, the atomisation and fragmentation of society builds," Marsha warns me as she spoons a final helping onto my plate. For her, the recipe for resilience is simple: "We can all start a revolution around the dinner table."