True Cinnamon, the Royal Sister of a Commoner 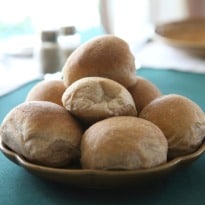 On a trip to Sri Lanka earlier this year, I inhaled the heady aroma of cinnamon almost everywhere I went: in the lobby of my hotel, at roadside food stands and on a plantation that has been processing cinnamon bark, lotion and oil for three generations.

I could not seem to escape that scent, and I was glad of it. This was real cinnamon, not the more common cassia that we buy in the grocery store. This was the spice that inspired King Solomon to send explorers to the Indian subcontinent.

"Cassia is the robust older brother of cinnamon," Simone Cormier, a chef and the national spice coordinator for Whole Foods, told me when I returned. "Cinnamon is the delicate younger sister."

In Sri Lanka, I bought a bowl inlaid with cinnamon bark and sampled a slightly sweet bun filled with seeni sambol, an onion confit relish flavored with ginger, tamarind and cinnamon. It tasted both foreign and familiar, with the homey quality I remember from Jewish sweet onion rolls.
Perhaps the best part of the trip was learning about cinnamon and eating a lunch of cinnamon-perfumed dishes at the home of Chaminda de Silva. Ceylonese cinnamon is cultivated on his 25-acre property, part of the roughly 90,000 acres in small cinnamon plantations mostly in southern Sri Lanka. Plantation workers scrape off the outer layer of cinnamon branches four feet long, drying them for three days until the bark curls into cinnamon sticks lighter and more crumbly than those most of us know in the United States. Some is then ground on the property; some is sent to spice companies, mostly in Mexico and South America, to be ground.At lunch on the estate, we washed our fingers at the table and then used them to eat a cinnamon-spiced chicken giblet curry served from an open fireplace.
Back home, hungry for the seeni sambol buns I recalled from the lobby of the Bentota Beach Hotel, I emailed the chef for his recipe and tinkered with it, enriching the dough with extra sugar and egg, reducing the spiciness but preserving the memory of the cinnamon-laced onion filling.


For the onion confit:

1 teaspoon of ground Sri Lankan (preferred) or other cinnamon

1. Make the dough: Using an electric mixer fitted with a dough hook (or working by hand), combine 1 cup water and the yeast. Mix together. Add the egg, milk, 4 cups flour, salt, sugar and butter. Knead until smooth. Turn into a greased bowl, cover with greased plastic wrap and let rise until doubled in size, about 2 hours.

3. Make the confit: In a large skillet over medium-high heat, heat the oil, then add the curry leaves and onions. Sauté until the onions begin to soften, about 5 minutes, then add red pepper, salt, sugar, tamarind, ginger and cinnamon. (Cinnamon from Sri Lanka, formerly known as Ceylon, can be found at Whole Foods, in specialty stores or online; look for brands labeled Sri Lankan or Ceylonese.) Continue to sauté until the onions are very soft, about 10 minutes. Remove from heat and set aside.

4. Set aside a baking sheet lined with parchment paper or a nonstick liner. Punch down each ball of dough and press with your fingers to form a circle about 5 inches in diameter. Put a tablespoon of onion filling in one quadrant of the circle, then fold the dough over like a half moon to cover the filling. Lift the portion of the half-moon that has no filling, and fold over once again; the result should resemble one-quarter of a pie. Pinch only the rounded edges of the dough together, tuck them under, and place the bun on the baking sheet. Repeat, placing the buns several inches apart. Brush the tops with the egg yolk mixture, and set aside to rest for about 20 minutes while the oven heats.

Listen to the latest songs, only on JioSaavn.com
5. Heat the oven to 375 degrees. Bake the buns until lightly golden on top and bottom, 12 to 15 minutes; be careful not to overbake or the dough will be dry. Serve warm or at room temperature, for breakfast or a snack.