Why Are so Many Men Secret Dieters? 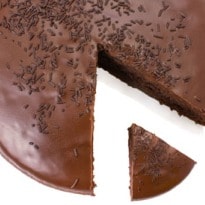 A survey has found that one in three men wouldn't tell anyone they were on a diet. So why is there so much shame surrounding this issue?

When you're trying to diet in secret in a busy office, says Dave Briscoe, a researcher from Surrey, the trick is to accept each treat that is offered - but only one chocolate, and the smallest piece of cake. Accept less, and you'll be suspect. Accept more, and your plan is scuppered. "That was the rule I kept to," he says, "to avoid people asking awkward questions."

Briscoe (not his real name) isn't the only man who has dieted in secret. A survey of more than 600 men, conducted for the home delivery brand Diet Chef, found 90% wanted to lose weight, but almost one in three wouldn't tell anyone about their diet plans - even friends and family. It seems that a surfeit of shame still exists around weight and a good proportion of people at any one time are likely to be dieting secretly. But this issue seems to affect men and women in different ways.

Phil Mundy, a food and diet writer, says many men are unwilling to say they are on a diet because it involves admitting they have a problem in the first place. This isn't helped by the fact that "the term diet, for decades, has been associated with women", and for men of a certain age it's therefore considered emasculating. He thinks there might be more willingness among younger men to discuss weight in public - but the problem is, if they do, says Briscoe, it's still considered acceptable "to take the piss out of them, in a way you never would with women. It's seen as just a part of office banter, but for men it's equally upsetting. Why wouldn't it be?"

Bob Baker (again, not his real name), from Brighton, says the moment it becomes possible to discuss weight is often when a secret dieter has shifted a good few stone, and feels proud of their achievement. At that stage, Briscoe agrees, men will often start talking about it, "but in my experience they'll make it sound simpler, more sensible and easier than it probably was. They just cut out a certain food, or stopped eating after a certain time. They won't be telling the whole truth; just a version. They won't be saying: 'Actually, this has been quite a big part of my everyday thoughts.' They want to portray it like a DIY problem. 'There was a problem, and I fixed it.'"

There are mixed outlooks on whether it is healthier to be open; support from family and friends can, of course, be helpful, but divulging your diet to anyone who might respond with fat jibes could prompt a sorry descent into comfort eating, says Mundy. When it comes to this subject, we probably all just need to grow up, so it can be discussed honestly and clearly. It's not an uncommon problem - and it shouldn't be an unspeakable one.

• This article was amended to 22 November 2012. In the original version, a comment by Dave Briscoe was attributed to Phil Mundy. This has been corrected.

Picture: Before they even start dieting, men may have difficulty accepting that they have a problem in the first place. Photograph: Alamy