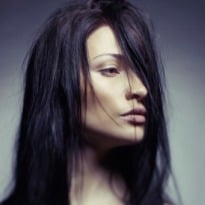 Women might want their tresses to look perfect throughout the year. But a new research reveals that over three in five British women admit to suffering from a bad hair day at least once a week.

The research from Remington shows that although British women are more critical of their hair (with a tenth convinced that every day is a bad hair day), British men are similarly in tune with their stray strands as 41 percent also admit to having a bad hair day at least once a week, reports femalefirst.co.uk.

British women spend an average of 18.52 pounds per month on their beauty regime.

Comments"It's surprising that so many British suffer from bad hair days on such a regular basis. Whether it is down to the unpredictable weather, lack of time or confidence, a whole host of factors can have an impact on having a good day hair," said Chris Appleton, Remington's Session Stylist.

Seasonal Fruit Masks to Hydrate Your Skin
Grapes to do away with acne, skin dryness