Actor Farhan Akhtar's latest flick Lucknow Central hits the theatres today. Here's looking into what keeps him so fit and fabulous at 43! 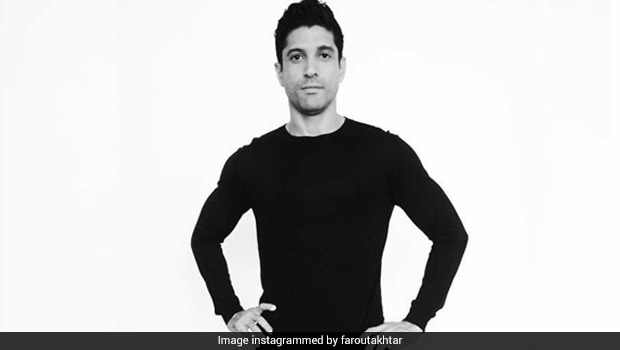 Highlights
Actor Farhan Akhtar's latest flick Lucknow Central hits the theatres today. He portrays the character of Kishen, a young innocent man who belongs to Moradabad. One fateful day, Kishen gets accused of murder, which lands him in Lucknow Central Jail where he's awaiting his High Court trial for a death penalty. His penchant for singing leads him to start a band in the jail. Would he be able to prove his innocence, or would he conspire a jail-break would unravel once the film hits the theatres. The film also stars actor Diana Penty of Cocktail fame. The songs and the trailer of Lucknow Central has the fans hooked already, and they can't wait for Farhan to take on the screen again after Rock On 2.

Actor, singer, writer and director Farhan Akhtar redefines versatility in tinsel town. Off late he has also established himself as the fitness sensation. Did you know that for his award winning role in Bhag Milkha Bhag he trained for 13 months to reprise the role of the award winning athlete Milka Singh? The entire diet plan was broken down to six to seven meals throughout the day, which was high on protein. Farhan had to refrain from fats and sugars to have a body like an athlete. He used to work out six hours a day with intervals at every two hours. His workout plan was divided into athletic training, functional training and weight training.

An avid cyclist, Farhan Akhtar and his group of friends often tour the entire city on their cycles. Farhan keeps his fans posted with his cycling routine, under the hashtag #pedaljayenge. Here's a glimpse of him taking a  roundtrip to Haji Ali and coming back home to a delicious blueberry walnut vanilla protein shake. A Sunday well spent we'd say.

That's the actor making the most of Mumbai's monsoons on his cycle. As he says, "the biking must go on."

Going about the town covering 50-60 kilometres is no mean feat. The actor shares how he gets his fuel from Nariyal Paani, and introduces the world to Mr. Atul a coconut vendor on Carter Road who poses happily with his "delicious coconut water and a contagious smile".

That's him enjoying  snorkeling  and acing the water sport in one of his vacations in Sardinia.


His Volleyball skills has us all rooting for his sporty side.

That's him eagerly looking forward to the crackling Wimbledon final, with his father, lyricist Javed Akhtar, who could be seen enjoying their lone time in a fancy restaurant.

Remember Zindagi Na Milegi Dobara, and their crazy joyride of adventure activities? Seems as if the actor has grown too fond of both skydiving and Spain. Which is why even years after the film's release,  he can be seen enjoying  a delicious supper in the fun company of his skydiving friends.

Those bulging biceps didn't come easy for the actor, here he takes on to social media to thank his trainer Samir Jarua and writes, "Thank you to the coolest trainer and my dear friend Samir Jaura. Your expertise, care and encouragement makes it possible... and fun!" What a dedicated student we must say!

Here's another glimpse of him sweating it up, for his next flick:

The fitness freak also has his moments of indulgence. Here's him posting about the amazing hot chocolate and cookies he had back in London .

Here's wishing Farhan all the luck for Lucknow Central!