A Secret Ingredient That Makes Goan Food Taste So Good 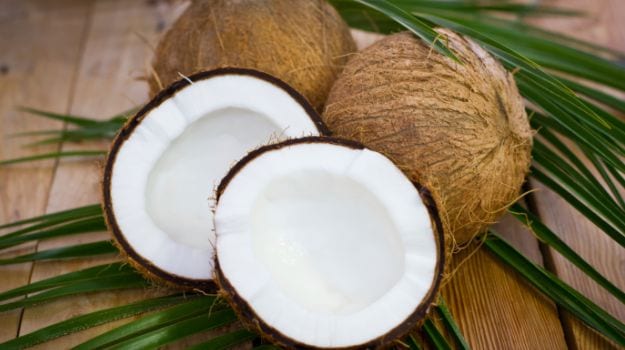 Sweet things in life are always welcome; it's a little mix of sourness that makes it an exciting, joyous ride. If there is a match made in heaven, I think it would definitely include 'sweet and sour'. The two distinct flavour profiles in the culinary world have contributed to creating some of the most spectacular dishes of all time. While there are various ingredients that are used to build on these flavours, there's a particular one that has always caught my fancy - vinegar, the souring agent.

In India, you will commonly find it served in a bowl along with slices of green chillies at local eating joints or restaurants. My mother would often caution me of putting too much vinegar in my food. She has always been apprehensive of it. Even while preparing achaar, or making her list of kitchen essentials, she would give it a skip.

I discovered my love for it while chomping on a plate of desi chowmein when I was a little child. Despite my mother's warnings, I had sprinkled a few teaspoons of it in the noodles, given it a good toss and then tasted it. That very instant, the pungency combined with the spices et al had won my heart.

Vinegar comes in an inexhaustible range of varieties. It is usually obtained from ingredients that contain starch and sugar. From apple, cane, rice, palm, coconut and raspberries to wine and more, the options are aplenty. It is extensively used in the west as well as in Asian cooking. Unfortunately, the Indian subcontinent uses it quite sparingly. Apart from pickles and a few condiments, it is often skipped in mainstream Indian cooking - until of course, when it comes to Goa.

Goan cuisine is a flavourful exhibition of cultures, with the Portuguese influence evidently taking a strong hold. It is believed that the Portuguese were the ones to have introduced vinegar to the Goans. Till today, you will find a number of dishes being prepared with the souring agent, especially among the Christian community.

Toddy vinegar or coconut vinegar goes into making delectable Goan delights like Xacuti and Vindaloo. It is also used in producing an alcoholic drink known as coconut feni. The vinegar is obtained from coconut sap by clipping the stems that contain coconut flowers as well as maturing coconut fruits. The sap is accumulated in large quantities and is allowed to ferment for four to six months.

According to Mr. Prahlad Sukhtankar, owner of Black Sheep Bistro, Panjim, Goa, "Acidity is central to cooking in most cultures across the globe. Goan delicacies with European roots - specifically Portuguese - traditionally include cooking with coconut vinegar. Other communities make use of kokum, tamarind or a fruit called amado as souring agents."

"In recent times, there has been a definite shift towards the fancier varieties of vinegars and the use of coconut vinegar has drastically declined, but it is still the first choice of many traditionalists, who savour their vindaloo or sorpotel the authentic way," said Mr. Sukhtankar.

Coconut vinegar is extensively used in Southeast Asian cooking and is a hit with Philippines where it is known as sukang  tuba. As it ages, it becomes more acidic and flavourful with its colour changing from a cloudy white to subtle yellow and finally to a deep brown. Texturally smooth with a sweet aroma and of course a kick of acidity - coconut vinegar is a must-have ingredient for passionate cooks and food enthusiasts. It also has many health benefiting properties as follows:

- An excellent alternative to cider vinegar

Indian cooking commonly uses souring agents such as tamarind, yoghurt, kokum, lemon juice and local gems like kodumpuli (Malabar fish tamarind). I don't really see a reason why vinegar misses out on an active participation when different regions across the length and breadth of the country are known to produce vinegars with their indigenous produce.

Apart from coconut vinegar, Uttar Pradesh prepares a kind from sugarcane followed by Bengal, which makes use of blackberries, jaggery, cane and raisins. Parts of Southern India have a variety of vinegars produced from coconut, palm, grapes and kodumpuli (fish tamarind).

If the souring agent has managed to make an impression on you, and you would like to give it a try, then we bring you a traditional mushroom preparation from the Coorg region of Karnataka to help you get started. So, what are you waiting for? Put on that apron and get cooking!