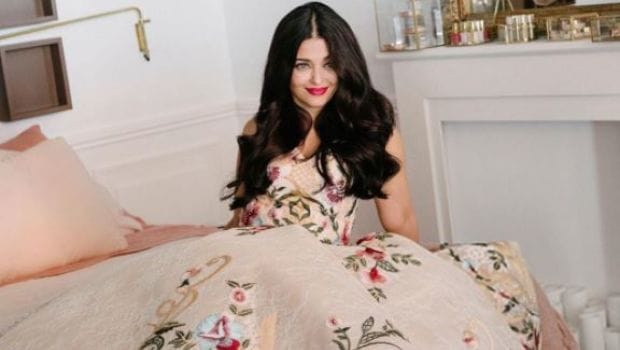 Aishwarya Rai Bachchan is arguably one of the most beautiful women in the world. She made heads turn with her recent red carpet appearances at the prestigious Cannes Film Festival. Her last silver screen outing as part of Karan Johar's Ae Dil Hai Mushkil left her fans asking for more. While her movies and work off-camera has always kept the actress in news, there have been occasions where all public opinion surrounding her has not be favourable. Her pregnancy and subsequent weight loss, or the lack of it, was much talked about. The actor was subjected to a lot of criticism for her 'inability' to shed extra pounds post delivery.

Aishwarya gave birth to her first child Aradhya Bachchan in November 2011, post which she took a break from acting to be with her daughter full time. However, Aishwarya didn't stop making public appearances during this period. Media tabloids and social media were quick to attack the celebrity for her weight gain and struggle to lose the extra weight she had put on. From being compared to her Hollywood and Bollywood counterparts to harsh personal comments, Aishwarya braved it all with her characteristic poise and dignity, refusing to give in to the pressure.

Aishwarya remained unfazed throughout the period of scrutiny and went about enjoying her post pregnancy phase to the fullest being a hands on mother to her daughter Aradhya.

Aishwarya revealed in an interview to a leading film magazine that she didn't overthink about the fact that she had put on weight. She didn't do anything as expected of someone who came from the glamour industry having all kinds of access. She wasn't lured to give in to the easy option of going under the knife. Aishwarya with her body and positive attitude shut own all her detractors. Within three months of her delivery, she was on Oprah Winfrey' show, making red carpet appearances and attending prominent film events.

In an interview to film critic Anupama Chopra, she said, " I have always been a person who is extremely comfortable in my skin. I have always just been myself in all these years on the public platform. And while, yes, the focus is on the negativity, let me tell you, there was that much more positivity at that point in time as well. Whenever there is negativity coming my way, the positivity is at least a ten-fifteen fold more by the population of my well-wishers."

Aishwarya claims that she was comfortable in her skin and didn't do anything drastic to shed her weight. She followed a regular diet, which she adheres to even now. Aishwarya kickstarts her day with a glass of warm water with lemon and water, it is said to be a good way to activate your metabolism. Her typical breakfast consists of a brown bread toast and a bowl of freshly cooked oats. With this high fiber and protein rich start, Aishwarya proceeds to her lunch, which normally consists of boiled vegetables, a bowl of dal as well and chapatis.

Aishwarya in one of her interviews confessed she can survive on dal-chawal and vegetables for all her life. It is her favourite comfort food. Aishwarya prefers to keep her dinner light, and typically has a cup of brown rice and grilled fish. She makes sure her portions are in control, and prefers to have several small meals through the day, instead of hogging large meals at long intervals of time. Her diet is fat-free, and clear of any junk food and deep fried items. A bowl of fresh and seasonal fruits, vegetables and nuts makes up for the stunner's snacking options. She keeps herself hydrated by having eight glasses of water per day.

Promoted
Listen to the latest songs, only on JioSaavn.com
An avid yoga freak, Aishwarya has been practicing yoga for several years. Post child-birth, she devoted at least 45 minutes to yoga each day, which included power yoga. She hit the gym twice a week. Aishwarya also did a good round of jogging and brisk walking in the morning. Functional training along with full cardio workouts at home also found and still finds a special place in her workout routine.

When she was shooting for her come back film Jazba, with director Sanjay Gupta, the actor had to do cardio throughout the day for the song, 'Kahaniya' and didn't have time to relax in between shots as they shot for a day at Bandra Reclamation with the Mumbai skyline as the backdrop. The results were there for all to see; the song showed a slimmer and a fitter Aishwarya, running by the seaside, doing cardio and acing the yoga asanas like a pro. In Jazba, she played a criminal lawyer whose daughter has been held hostage. The film packed several high octane stunts, which were performed by the actress herself.

In her latest film Ae Dil Hai Mushkil, Aishwarya displayed her svelte avatar, one she achieved on her own terms. Way to go Aishwarya!