All You Need To Know About Kappa (Mashed Tapioca), Kerala's Ultimate Comfort Food 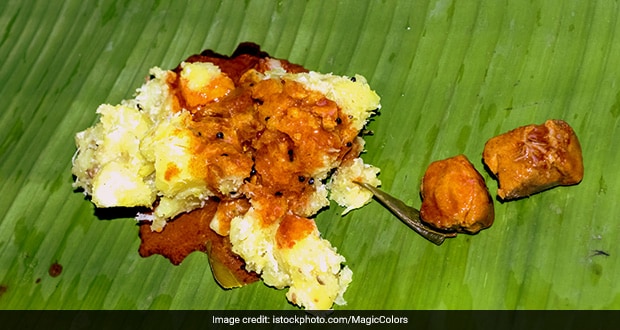 What do you associate the most with the cuisine of Kerala? The quickest answers will be seafood, coconut gravy, and the rich aroma of curry leaves and coconut oil. But that's not all! The cuisine of Kerala has much more to offer - both in vegetarian and non-vegetarian dishes. One popular vegetable grown in the state is tapioca - the roots of cassava plant (where we get sabudana from). This root vegetable is considered to be one of the main starch ingredients in Kerala's food culture, along with rice.

From simple chips to a lavish biryani, Keralites use tapioca for preparing several dishes on almost a regular basis. What stands out in the lot is a plate of humble kappa puzhukku or simply kappa. It is a comforting dish made using boiled tapioca, coconut paste, onion, red chillies, curry leaves and different spices.

Also Read: How To Make Kerala-Style Kadala Curry At Home (Recipe Inside)

Tapioca is touted to be good for digestion

Alongside its popularity in the cuisine, kappa has a rich history. It is said that this dish was introduced as a substitute to rice by the then King of Travancore Vishakham Thirunal Rama Varma in between 1880-1884 C.E, after his kingdom was hit by a great famine. Since then, kappa is still being consumed as a rice substitute by many people in Kerala. It is also said that many refugees survived on kappa during World War II, when there was a shortage of food

Here we bring you an authentic recipe of kappa that can be prepared easily at home. Click here for the recipe.

This dish can be consumed anytime of the day and tastes the best when it accompanied by some meat or fish curry.

Feel free to leave a comment below if you liked the recipe!