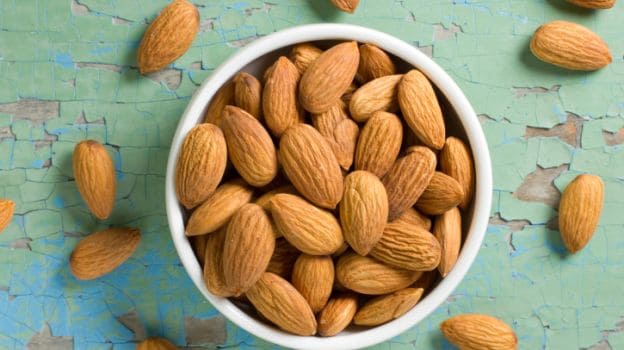 Australian almond producers are boosting output to meet growing Asian demand for the nut used for making milk and eaten as a healthy snack, hoping to steal market share from dominant U.S. farmers struggling because of protracted drought in California.

Australia's production hit a record 80,000 tonnes in the 2014/15 season, government data shows, having grown 90 percent over the past four years. It is the world's second-biggest producer, although still way behind the United States. U.S. output, almost all of it from California, fell 7 percent last year, but its 848,000 tonnes accounted for the bulk of the world crop of 1 million tonnes, according to the U.S. Department of Agriculture.

"It is very easy to say the industry has only benefited from the California drought, but demand is still growing," said Paul Thompson, managing director of Select Harvests, expected by analysts to post its biggest profit in eight years in 2015.

"You can see this everywhere as people realise that almonds are a great source of protein and contain no cholesterol, and in America now, almond milk is a bigger market than low-fat milk," he said.

According to research firm Euromonitor International, U.S. sales of non-dairy, non-soy milk alternatives such as those made from almonds, coconut and hemp are expected to nearly double to almost $2.4 billion by 2019.

The Almond Board of Australia expects global demand for the nut to rise 8 percent a year over the next two years and Asia is expected to see the biggest growth, offering Australia an opportunity to capitalise on its freight advantage. Prior to Australia's rapid expansion, China bought its almonds from the United States, whose export data shows Chinese purchases grew nearly 700 percent between 2005 and 2010.

According to the Australian Bureau of Agricultural and Resource Economics and Sciences, exports to China of Australian tree nuts, of which almonds are the main component, have grown 337 percent in the past two years. Another potentially huge market for Australia is India: it is expected to import around 60,000 tonnes of almonds this season, according to USDA, near to a record high.

Australian almonds averaged a record A$11 ($8.78) a kg this season, up 29 percent from a year before. California has a few more varieties but Australian supplies can easily substitute for them.

The rosy outlook for Australian almonds stands in contrast to the uncertainty in California, where regulators adopted the state's first rules for mandatory cutbacks in urban water use as the regional drought enters its fourth year.

Almond production in California is expected to fall 1 percent in 2015 to 1.85 billion pounds (839,145 tonnes), according to a USDA survey released this week. So far agriculture has been spared any water restrictions. But almond trees require large amounts of water each year and that could fuel opposition to any expansion of the sector.

Australian almond-growing regions have no such concerns: they are not experiencing drought and production is not so large that it dominates whole areas, as in California.