Baaghi 2 Movie: Tiger Shroff's Fitness and Diet Secrets You Would Love To Know 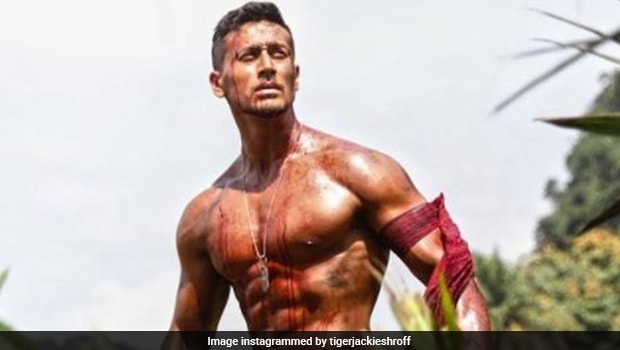 Tiger Shroff's and Disha Patani's Baaghi 2 hits the silver screen today. Baaghi 2 is a sequel of 2016 blockbuster Baaghi. The gritty and action-packed trailer of the movie directed by ace choreographer has caught the attention of many fans. The peppy songs and suave dance moves of the lead pair have become a rage too. Tiger Shroff would be donning the role of an action hero once again. Barely 4 years old in the industry, and Tiger has already carved a niche for himself. Even the industry stalwarts can't stop gushing over his fit body, washboard abs and amazing dance moves. Most of us are aware that Tiger is trained in Martial arts. And, we are assuming, all those years of training must have come handy for the preparation of his role in Baaghi 2. Here are some fitness and diet secrets that help Tiger Shroff get the perfect body for Baaghi 2.

Tiger trained really hard to gain muscle mass for Baaghi 2. Tiger admitted in an interview that it was really hard for him to gain 5 kilos of muscle. In addition to his rigorous training, he even learnt a lot of martial arts and weaponry. He attended many action workshops, gymnastic training and weapon training under skilled fight masters. Tiger also did some kickboxing in order to pump up his body. In a video released by Baaghi 2 team is revealed that Tiger underwent 467 hours of training and suffered some 271 cuts and wounds while filming the action scenes.

These deadly lifts and pull ups are not for the faint-hearted.

Tiger's trainer are always appreciative of Tiger's discipline. Here's a glimpse of perhaps why his trainers are always so impressed.

That's him in his intense boxing session

In addition to his workout, Junior Shroff pays a lot of attention to his diet too. His discipline towards his diet is enviable. Tiger has sworn off processed and junk foods completely. He also likes to keep carb-rich items, sugar and grains in check, Tiger revealed to a famous magazine. Tiger starts his day on a protein rich note. He eats about eight egg whites for breakfast. Eggs are again great sources of proteins. When you're building abdominal muscles, you need to have more eggs in your daily diet than normally required. Too many egg yolks may spike up your cholesterol, but egg whites won't. They are filled with rich quality proteins. He eats at regular intervals and doesn't believe in three huge meals in a day. He snacks on dry fruits and whey shake before lunch. He avoids carbs for supper; he keeps the supper light, with a bowlful of broccoli or grilled fish. His lunch would typically include a mix of brown rice, chicken and boiled veggies.