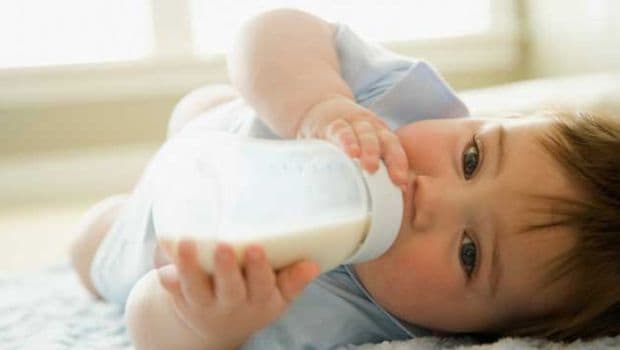 Highlights
The baby food industry has violated the Infant Milk Substitutes Act (IMS) that bans promotion of breast-milk substitutes at least 54 times between 2008 and 2016, according to an industry watchdog.

The survey conducted by Breastfeeding Promotion Network of India (BPNI) within a Facebook group, Breastfeeding Support for Indian Mothers, which has more than 29,000 members, showed that more than half of the 950 mothers who delivered in private hospitals were given artificial baby milk.

Out of these, 2/3rd were given artificial baby milk without their knowledge. It also found that children were given the formula without the knowledge of their mother.

Any kind of promotion for baby foods and feeding bottles for children aged upto 2 years, including advertisements inducement of sales, pecuniary benefits to doctors or their associations including sponsorship is banned under the IMS Act.

"Aggressive marketing by baby food companies and sponsorship contribute to increased use of formula at the time of birth and later by undermining breastfeeding and every effort should be made to curb such invasive promotion," Dr Arun Gupta, Central Coordinator, BPNI and Regional Coordinator, International Baby Food Action Network (IBFAN) Asia said.

"Despite the directives issued by the government of India, the baby food manufacturing bottle companies are still violating the IMS Act," Gupta said.

Promoted
Listen to the latest songs, only on JioSaavn.com
"Converting this into containers of 400 grams, it means India sells about 27 Million containers of 400 gms each year, almost equal to its babies born. Going by the estimated growth of formula industry in 2022, this figure will be 32.7 million," he said.

According to the World Health Organisation (WHO), artificial feeding is an established risk factor for child health like causing more of diarrhoea, respiratory or newborn infections, allergies as well as obesity and adult health diseases like diabetes and heart disease.