Beer, Whiskey & Other Alcoholic Drinks May Come Under FSSAI Lens 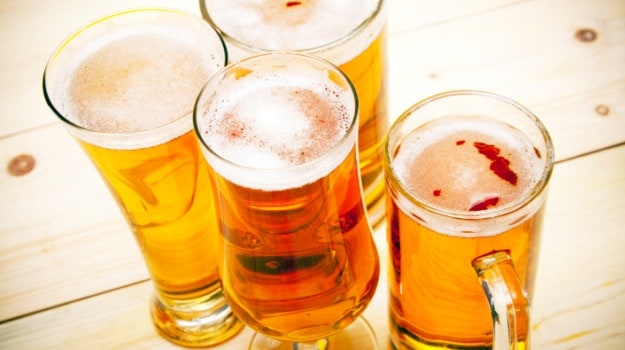 After cracking down on noodles and milk, central food safety watchdog FSSAI is now turning to alcoholic beverages with plans to set up standards for drinks, including beer and whiskey.

Among the drinks, whiskey, vodka, gin, beer and even breezer will come under the proposed standards, the official said.

Earlier this year, a meeting of the Central Advisory Committee had also discussed having standards for alcohol and alcoholic beverages. It was decided that once standards for alcohol and alcoholic beverages were finalised it shall be intimated to all states and UTs so that they may suitably advise the respective excise departments.

(This is How Alcohol Affects Your Vision)

In terms of packaging, FSSAI has already proposed that alcoholic beverages, pan masala and supari may not be treated as "unsafe food" for recall just because they carry a mandatory warning on their covers.It is mentioned on pan masala, supari and liquor that their consumption is injurious to health. The proposal has been made in the Safety and Standards (Food Recall Procedure) Regulations, 2015, which has been put up for public comments. "In the case of alcoholic beverages, pan masala, supari, the mandatory mention of warning 'consumption of alcohol/ pan masala/ supari is injurious to health' may not be treated as unsafe food as part of any recall plan unless the beverage or food is determined unsafe as per the classification of recall making it injurious to health or even causing death," the proposal said.

(Science Reveals How One Becomes an Alcoholic)

CommentsThese draft norms were put up for public comments on May 29 and the deadline ends on August 1. FSSAI is the Central body which lays down science-based standards for articles of food and regulate their manufacture, storage, distribution, sale and import to ensure availability of safe and wholesome food for human consumption.