Beyond Quinoa: The New Ancient Grains 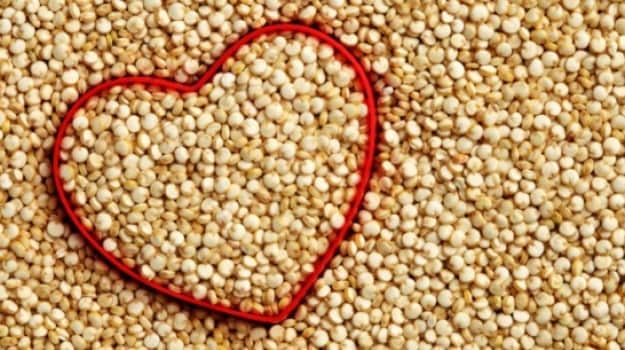 You've cooked your way through quinoa of every color, dabbled in amaranth and moved beyond millet. That farro and kale salad? It's been in your dinner party rotation for at least two years.

But when was the last time you cooked up a pot of whole berry spelt? And have you ever tried einkorn, emmer or any of the other ancient, heirloom and obscure grains that are now becoming available at the greenmarket and specialty shops all over the country?

Even if you haven't, chefs at New York's high-end restaurants have - seduced by the same nutty, rich and earthy flavors and high nutritional content that lured our ancestors away from their millenniums-old diet of foraged berries and the occasional antelope. Home cooks would be wise to follow suit, because cooking with these grains, each with its own characteristics and nuance, can be a delectable endeavor.

For example, at Upland, there's savory rye and emmer porridge beneath the osso buco. Chewy einkorn berries speckle a pleasingly textured pan sauce for chicken at Gramercy Tavern. Dan Barber stirs unpearled barley, buckwheat groats and spelt into a rice-free risotto at Blue Hill, while farther uptown at Eleven Madison Park, Daniel Humm crisps emmer in hot oil to use as a garnish for salads and vegetables. And at Semilla, Pamela Yung miraculously makes fermented whole grain oatmeal with brown butter and beets into a sublime dessert.

Chefs' newfound love for ancient and heirloom grains is a natural progression from their obsession with all things local, sustainable and authentic. Why serve the heritage pork loin and heirloom radicchio next to pappardelle made from plain commodity flour, especially when local emmer flour grown and ground on a small farm creates a better narrative on the plate? Then there's the fact that emmer - a hardy, nutritious and nutty-tasting berry that is the ancestor of durum wheat - happens to make incredibly flavorful, springy pasta.

"We wanted to be as close to 100 percent local as possible," said Jenny Jones, the receiving manager at Gramercy Tavern, who is in charge of procuring everything from hand-harvested Amagansett sea salt to that local emmer flour for the pappardelle.

"We source plenty of fruits, vegetables, meat and fish but were having trouble with the rest of the plate. Potatoes were no problem, but we couldn't put heirloom potatoes on every dish."

When chefs first started looking several years ago, finding locally grown heirloom and ancient grains was a challenge. But since then, groups as disparate as small-scale farmers, artisanal bread bakers and people looking to reduce gluten in their diets began seeking them out, and interest spread.

Prehistoric wheat varieties, including spelt, emmer and einkorn, are reaching the fringes of the mainstream, along with other formerly marginalized grains like buckwheat groats, kamut, rye berries, sorghum, unpearled barley and triticale, a rye and wheat hybrid. (Although some people with gluten sensitivities report that they find ancient wheat varieties like spelt, emmer and einkorn more digestible than modern wheat, these grains do contain gluten and are therefore not appropriate for people with celiac disease.)

For small-scale farmers all over the country, growing these grains is a smart, soil-enriching farming practice, said Elizabeth Dyck, the coordinator of the Organic Growers' Research and Information-Sharing Network.

"Farmers know that small grains are great to plant in rotation because they break the pest cycle and produce a lot of organic matter for the soil," she said. They also do well under extreme, high-stress conditions.

"If you are growing traditional wheat and emmer side by side and you have a drought, the wheat will fail but the emmer will not," she said.

All of this means cooks now have access to more interesting and diverse whole grain varieties than ever before. And they are attached to the story we want to hear: that the food on our plates is healthful (ancient grains can have more protein, minerals and other nutrients than modern wheat) and that it can be sustainably grown by small-scale farmers.

Cooking these grains does require a bit of a learning curve. For cooks used to their imported Italian farro softening in a mere 20 minutes, the simmering time of 45 minutes or more for emmer, einkorn, spelt, rye berries and whole oat groats can seem off-putting. This is because most imported farro has been entirely or partly pearled, a process in which the bran has been stripped off the grain. Pearling makes grains less nutrient-dense but quicker to cook. (And, for the record, farro is not actually a specific grain variety at all. This loose Italian term is usually applied to the ancient wheat precursors of emmer, einkorn and spelt.)

Most of the chefs I spoke with prefer cooking any whole grain the way you would cook pasta - in a good amount of salted simmering water until tender. For the most part, the cooked grains could be used interchangeably in recipes calling for them, including salads, soups and some pseudo-risottos.

At Txikito, the chef Alex Raij simmers einkorn berries in veal stock, then serves them with porcini mushrooms.

"It's my own riff on beef and barley soup," she said.

Raij started using einkorn, emmer, spelt and freekeh (immature "green" wheat berries that have been smoked) after discovering them at the greenmarket several years ago.

"What's great about cooking with local grains is that they taste fresher than the stuff I can buy at Kalustyan's, less like the paper sack they're stored in," she said. "With the freekeh especially, it changes from season to season; some years it's a little smokier than others. Each vintage is slightly different."

Marco Canora, the chef at Hearth, who recently invested in a $6,000 grain mill to make his own flour, said: "The problem with grains is that there's no sell-by date, so you don't know how many years they've been sitting around or how far around the world they've traveled. I know if I'm getting it locally I'm getting something from the most recent harvest."

At Blue Hill, Barber uses all manner of diverse grains, but he is especially partial to hardy specimens like buckwheat, barley and rye, which can thrive in the extreme growing conditions of the Northeast.

"Rye is an incredible grain with an amazing rich flavor, but we don't eat enough of it in this country," he said.

Barber prefers to sprout the majority of his whole grains before cooking - that is, to keep them in a moist environment until they begin to germinate. This helps release vitamins and other nutrients. At the very least, he advocates soaking the grains overnight before rinsing and cooking.

"You'll get a more complex flavor, an increased nuttiness and sweetness," he said.

Another trick that I found to heighten nuttiness: toast the grains in a dry pan for a few minutes before cooking.

The first step, though, is to bring them into your kitchen and get to know them.

"There's a narrative about grains now, a conversation about what it means to be an heirloom grain," Canora said. "You need to know where it's grown, and who is growing it. It's happened to apples, now it's happening with grains."

1. In a medium pot, simmer grains in chicken stock, adding salt to taste if stock is unsalted. Different grains will cook at different rates, but 35 to 75 minutes is the general range. When grains are just tender, drain, reserving any extra stock.

3. Add onion, pepper, celery and 1/2 teaspoon salt to skillet and cook until vegetables are translucent, about 7 minutes. Add garlic and thyme and cook for 2 minutes longer, until garlic is fragrant.

4. Stir beans, black pepper and nutmeg into skillet and cook until vegetables are very tender, 10 to 20 minutes, adding some reserved chicken stock from the grains or water if pan looks dry.

5. Add drained grains to pan and stir until heated through, adding more stock or water if needed. Stir in bacon, and salt to taste. Serve grains and beans topped with celery and thyme leaves, with hot sauce on the side.

1. Slice scallions, keeping the light green and white parts separate from the dark green. Put scallion whites and light green slices into a food processor along with parsley, dill, garlic, salt, chili, cinnamon, allspice, black pepper and paprika; process until everything is well minced. Add the spelt and process until the spelt breaks down into a rough, chunky paste.

2. Transfer spelt mixture to a bowl and add lamb and olive oil. Knead mixture with your hands until well mixed. It should hold together nicely. Form into 1 1/4-inch balls and either cook immediately, or cover and refrigerate for up to 1 day.

3. When ready to cook, heat a large skillet, then add just enough oil to coat the bottom. When oil is hot, add just enough meatballs to fit in one layer with space between each piece; they should not touch, or they won't brown as nicely. Fry meatballs until well browned on all sides, then remove to a plate. Add more oil to the pan and fry another batch or two, as needed. (Alternatively, to broil meatballs, lay them out in a single layer, not touching, on a rimmed baking sheet or two. Drizzle with oil and broil until browned, 4 to 10 minutes, checking often and shaking the pan occasionally to help them brown all over.)

4. Serve with lemon wedges and the reserved scallion greens and dill sprigs.

2 1/2 cups puffed kamut (or use other puffed whole grains, such as barley or wheat)

1 1/2 cups raw (untoasted) nuts, such as whole almonds, walnuts or pecans, or a combination

1. Heat oven to 300 degrees. Mix all ingredients together and spread out on 2 baking sheets lined with parchment paper.

2. Bake until golden brown all over, about 35 to 50 minutes. Stir the granola as it bakes at least 2 or 3 times, making sure to stir around the edges. Cool completely before storing airtight.