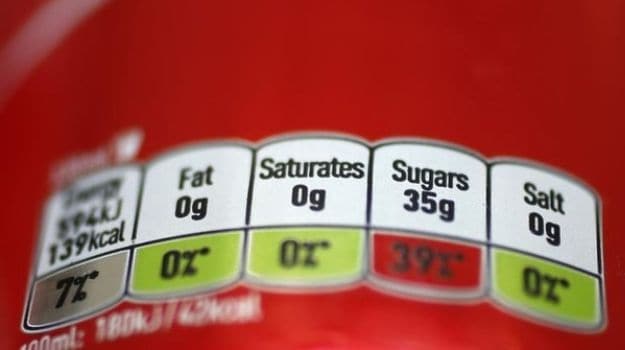 Highlights
Britain on Thursday launched a strategy aimed at curbing childhood obesity by taxing companies which sell sugar-laced soft drinks and investing that money in programmes to encourage physical activity and balanced diets for school children.

Urging food and drinks firms to act swiftly to cut sugar in their products, the government said nearly a third of children aged 2 to 15 in Britain are already overweight or obese.

"Obesity is a threat both to the health of children and to our economy, costing the NHS (National Health Service) billions of pounds every year," Junior Finance Minister Jane Ellison said in a statement.

"The soft drinks industry levy is an important step forward in the fight to halt our obesity crisis and create a Britain fit for the future." In opting for a sugar tax, Britain joins Belgium, France, Hungary and Mexico, all of which have imposed some form of tax on drinks with added sugar.

Scandinavian countries have levied similar taxes, with varying degrees of success, for many years.

Britain's plans will see a levy applied to drinks with a total sugar content above 5 grams per 100 ml, with a higher band for even more sugary drinks.

But Gavin Partington, Director General of the British Soft Drinks Association, said the levy was a "punitive tax" that would "cause thousands of job losses and yet fail to have a meaningful impact on levels of obesity".

The UK government's health department says sugary drinks are the single biggest source of sugar for children, and a child can have more than their recommended daily intake just by drinking a can of cola which contains nine teaspoons of sugar. It said it wanted the industry to work towards a 20 percent cut in the sugar used in products popular with children, including a 5 percent reduction in the first year. Progress made by the industry will be reviewed by the government's health agency, Public Health England, which will publish updates every six months.

Public Health Minister Nicola Blackwood said the obesity-busting strategy would also include asking primary schools to help every pupil get at least 60 minutes of moderate to vigorous physical activity every day. At least 30 minutes of this should be during school time, she said.