Being Overweight Does Not Carry Higher Death Risk 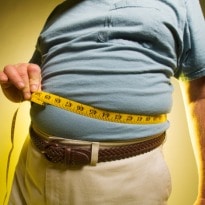 Those who are overweight need not worry - it does not necessarily carry a higher death risk, say researchers from the University of California-Davis.

Compared to those with normal weight, people who were overweight or obese had no increased risk of death during a follow-up period of six years. People who were severely obese did have a higher risk, but only if they also had diabetes or hypertension.

The findings question previous studies, using data collected when obesity was less common, linking higher short-term mortality with any amount of extra weight, The Journal of American Board of Family Medicine reports.

Listen to the latest songs, only on JioSaavn.com
"There is currently a widespread belief that any degree of overweight or obesity increases the risk of death. However, our findings suggest this may not be the case," said Anthony Jerant, professor of family and community medicine at California-Davis, who led the study. "In the six-year time frame of our evaluation, we found that only severe obesity was associated with an increased risk of death, due to co-occurring diabetes and hypertension," said a California statement.

Comments Jerant used nationwide data from the year 2000 to 2005 of nearly 51,000 adults aged 18 to 90 who participated in the Medical Expenditure Panel Surveys on health care utilisation and costs. The surveys include information on health conditions such as diabetes and hypertension.