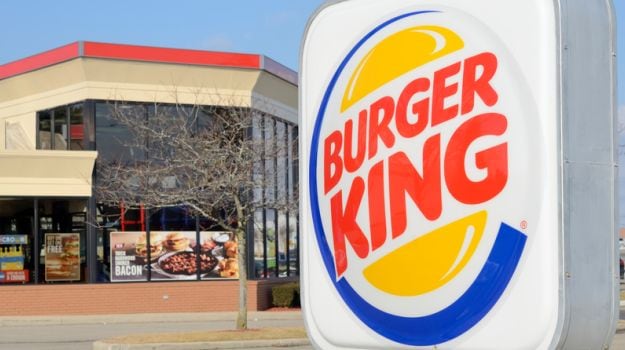 On Wednesday, Burger King announced a solution to eat a favorite dish -- mac 'n cheese -- on-the-go. But in doing so, it did something that defies the healthy-eating moment we seemed to be in: It also announced that its deep fried sticks of macaroni cheese would be encrusted in a Cheetos-flavored shell.

As it happens, analysts say the new creation -- called Mac n' Cheetos -- could be the best food mash-up since Taco Bell introduced in 2012 the Doritos Locos Taco shell.

Starting this coming Monday, the burger fast food chain will offer Mac n' Cheetos in Southern California locations. Think mozzarella sticks, except full of gooey mac 'n' cheese and crust that is Cheetos powder rather than bread crumbs. They will cost $2.49 and have 310 calories -- and come with ranch dressing on the side.

The Mac n' Cheetos has all the trappings of a fast-food mash-up sensation, said Bonnie Riggs, NPD Group restaurant analyst. It combines an ultra-trendy food item with a brand that has massive recognition.

"I think it's really unique," Riggs said. "It's something that will appeal to their core audience of millennials and Gen Z customers."

Mash-ups, like Taco Bell's Taco Waffle and KFC's Double Down, have been popular lately as fast food aims to compete with fast casual chains like Chipotle and Panera. While sales for the latter category grew by 11.4 percent last year, fast food has struggled in a space where many are demanding for healthy options with locally sourced goods.

Mac n' Cheetos may seem like an out-there idea for a country that often claims to be watching what it eats. But what Americans say they want often doesn't quite match up with what they purchase, said Elizabeth Friend, consumer foodservice strategy analyst at Euromonitor.

"When we are so focused on trying to make healthy decisions all the time and eating food that we can feel good about, when we do want to indulge, we want to make sure that that indulgence is worth it," Friend said.

McDonald's, which has a bigger family appeal, has pared down its offerings and improved core menu items. The company's expansion of serving breakfast all day boosted their sales in 2015 by the greatest amount in almost four years. Wendy's, keeping pace with fast casual outlets, has expanded their artisanal selections: their pretzel bun, pricey in the fast food world at $4.69, boosted sales in 2014 .

"Everyone has had to pick their lanes on how to navigate this new landscape," Friend said.

And Burger King is doing it better than just about everyone else, Friend said. Their Halloween burger, which featured a co-branding with A1 steak sauce and a black bun, and chicken fries has generated buzz and customers alike.

Sales grew 5.7 percent last year. The number of stores in the U.S. has remained steady at 7,100, but company executives have said they could add thousands more in the next five years.