Chef Trailer Out: Saif's Latest 'Chef' Seems To Have All The Ingredients of a Blockbuster

The actor who was last seen in the war drama Rangoon is back with his latest venture Chef. Actor-Producer Saif Ali khan, along with his co-actor Padmapriya and Dhanish Karthik released the first trailer of Chef on Thursday - 31st August, 2017. The film is all set to hit the theatres on 6th October 2017. 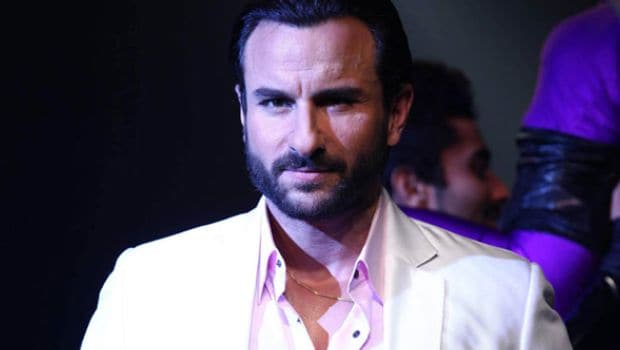 Saif Ali Khan is back and we can't be more happy. The actor who was last seen in the war drama Rangoon is back with his latest venture Chef. Actor-Producer Saif Ali khan, along with his co-actor Padmapriya and Dhanish Karthik released the first trailer of Chef on Thursday - 31st August, 2017. The film is all set to hit the theaters on 6th October 2017. Chef is an official remake of the 2014 American comedy-drama film by the same name by John Favreu, and has all essential ingredients required for a blockbuster. An emotional father-son relationship, a coming of age drama and lots and lots of yummy food.

The trailer shows Saif trying very hard to find balance between his personal life and professional commitments as a successful chef. Directed by Raja Krishna Menon's, the story plot seems to be revolving around a father-son relationship, which takes a whole new turn, when Saif quits his job at a popular restaurant to start his own food truck in order to spend some more time with his son, and perhaps pursue his dreams on his own terms.

Chef also looks like a potpourri of India's ever so- vivid and diverse culinary affair . In the movie, Saif hails from Delhi and is married to actress Padmapriya who plays Saif's south Indian wife. Due to Saif's professional commitments and lack of time for his son, the son is visibly unaware of North Indian delicacies like 'Chole Bhature'. The rest of the trailer shows the father and son bond over their Chole bhature trail and setting up their food truck business. We always knew and believed in the power of Chole Bhature, we are sure in the movie too the savoury delight will add the much needed tadka of love and fix the father-son's strained relationship.

During the press event of the trailer launch Saif also mentioned that along the way he also mastered the skill to make the perfect spaghetti. He also jokingly added how his health conscious wife and actress Kareena Kapoor doesn't let him whip the decadent treats more often.

Earlier this year, actress Karisma Kapoor also shared a picture of Saif tossing some food in a pan and actor Ranbir Kapoor chopping vegetables in the same frame as they prepared dinner for the family.

Here's wishing Saif all the best for Chef.

Indian Cooking Tips: These Quick And Easy Corn Kebabs Can Be Your Favourite Tea-Time Snack
Watch: How To Make Oats Uttapam For A Healthy And Wholesome Breakfast