For the Love of Grains: China's New Environment Friendly Rice 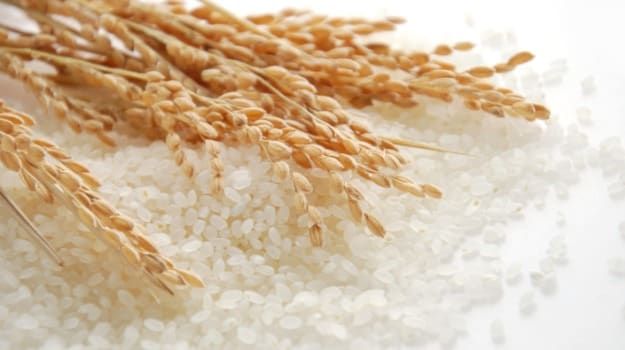 Report of a new rice cultivated by China is sure to be a welcome news for those worried about global warming and climate change. Flooded rice fields are a known source of atmospheric methane - the second most important greenhouse gas after carbon dioxide - and is said to be responsible for about 20 percent of global warming.

While increasing rice production has always been the primary objective of agricultural researchers, not much attention was paid to reducing methane emission from paddy cultivation. Existing efforts to mitigate rice-associated methane emissions have focused mainly on agricultural practices - such as water management, fertilizer use, tillage and crop selection - which are labour intensive.

(Bioprocessed Grains May be Soon Used as Medicine)

Now a report in the journal Nature says that Chinese scientists, in a ground-breaking demonstration, have grown a new variety of rice called SUSIBA2 that meets the twin goals: it is high yielding and, at the same time, the fields growing this rice emit less methane than conventional varieties. The new rice variety is the result of collaborative work of scientists from the Fujian Academy of Agricultural Sciences and Hunan Agricultural University in China with researchers in the Swedish University of Agricultural Sciences, Uppsala, and the Pacific Northwest National Laboratory in Washington.The authors generated SUSIBA2 by transferring genes from barley that are responsible for the production of starch in stems and grains using what is called "transcription factor technology". In rice, the leaves and stems take up carbon-dioxide (CO2), which is transformed through photosynthesis into sugars. These sugars are used to produce plant biomass or storage compounds, such as starch, in the shoots, roots and rice grains.

The transgenic SUSIBA2 rice produces grains with a high starch content by diverting more carbon (from photosynthesis) into grains and stems, and less into roots. This results in less carbon being available for methane-producing microbes present in the soil and hence less emission of methane from rice fields. The researchers present evidence for this from field trials conducted in three regions of China in three consecutive growing seasons.

They report "a significant" reduction in methane emitted from SUSIBA2 rice plants, compared with a widely grown unmodified variety. "We suggest that the use of SUSIBA2 rice in cutting methane emissions from paddies may become more relevant with global warming," their study concluded.
The dual benefit of 'high-starch, low-methane' rice variety indeed "represents a tremendous opportunity for more-sustainable rice cultivation, but it raises many issues," the journal said in an accompanying article.

Listen to the latest songs, only on JioSaavn.com
(No Study Supports Global Warming Affecting Himalayas)

Besides the general questions surrounding the use of genetically modified crops for human consumption, "we do not yet have a clear picture of how this modification affects rice plants' survival and general function," it said. More important, it said, "will be assessment of the long-term consequences of reduction of root-exuded carbon on beneficial soil microbes".

CommentsIs the Chinese development something to be followed up by India? "It is quite interesting and challenging," Tikam Jain, a former assistant director general of the Indian Council of Agricultural Research and currently a consultant to the World Bank aided projects in Asia, said in an email. He says authorities must however first examine "if the rice quality and its production capacities are acceptable to the Indian farmers before any further action is taken by India for adopting this technology".