Delhi is a treasure trove of good eating joints. From desi Indian cuisine to global cuisines, there is no dearth of cafes and restaurants in the city that are offering delectable variety of dishes 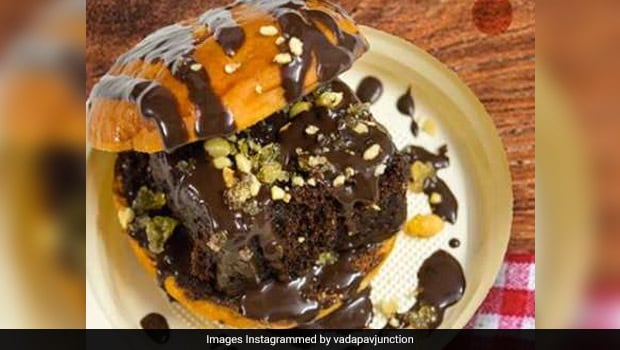 Delhi is a treasure trove of good eating joints. From desi Indian cuisine to global cuisines, there is no dearth of cafes and restaurants in the city that are offering delectable variety of dishes. However, if you are someone who has a desi palate and loves to gorge on regional delights, then Delhi would seem to you like a paradise. If you happen to have a special liking for Maharashtrian food, especially vada pav, then we're here to help. Vada pav is one delectable street food item that is loved by people across the country. Not only is it immensely appetising because of its bursting flavours, but its appearance is quite pleasing to the eyes as well. To satiate your vada pav cravings, Vadapav Junction & More is here.


Located in three locations in Delhi - Vikaspuri, East of Kailash and Green Park, Vadapav Junction & More is serving umpteen varieties of vada pavs. From savouries to sweet, they have it all. You think of a probable combination that could go well in the form of a vada pav, and they would have it. If you wish to stick to basics, then you can opt for their classic vada pav. Stuffed with a potato-filled vada, the vada pavs here are prepared using fresh pav bread that complements well with the flavours of the vada stuffing. The addition of garlic and coriander chutney in the vada pav is what takes the flavour game to the next level.

The fillings that go into the making of this delight are quite unique here. You can experiment with your taste buds and surprise them by gorging on cheese vada pav, garlic vada pav, omelette vada pav, noodles vada pav, corn and spinach vada pav and even soya vada pav. Noodles vada pav is prepared by using noodles as part of the stuffing, which makes the culinary experience quite enticing. Whereas, soya vada pav is a perfect pick for the ones who want to up their protein intake for the day.

Oh, and if you wish to end your meal on a sweet note, then you can go for chocolate pav. As intriguing as it may sound, the heavenly taste of chocolate is sure to take you by surprise. Why, you ask? It's because it comes with a stuffing of chocolate brownie and the pav is drizzled generously with chocolate sauce and sprinkles.

So, head to this vada pav eatery and bring your desi food cravings to a halt.