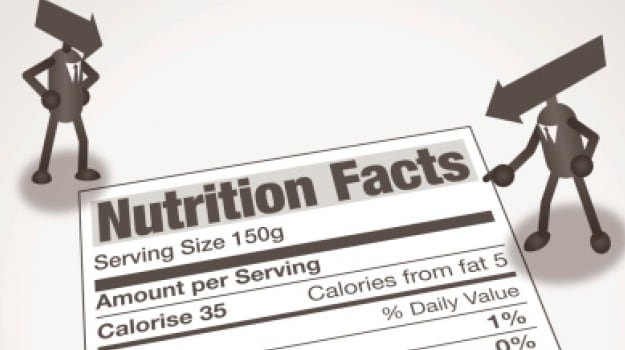 The Food and Drug Administration gave the food industry three years to eliminate artery-clogging artificial trans fats from the food supply, a long-awaited step that capped years of effort by consumer groups and is expected to save thousands of lives a year.

Trans fats - a major contributor to heart disease in the United States - have already been substantially reduced in foods, but they still lurk in many popular products, including frostings, microwave popcorn, packaged pies, frozen pizzas, margarines and coffee creamers.

The agency announced its plans to act in 2013 and has since addressed more than 6,000 public comments. The decision was final and would effectively remove industrial trans fats from the American diet by 2018, a change that the agency has estimated could prevent 20,000 heart attacks and 7,000 deaths from heart disease each year.

The food industry said it was pleased that the agency had given it three years to carry out the rule, but also said it planned to seek permission to keep using small amounts of trans fats in certain products, an indication of just how difficult it is to root them out.

“This is the final nail in the coffin of trans fats,” said Michael F. Jacobson, executive director of the Center for Science in the Public Interest, a consumer group that pushed for the ban. “In terms of lives saved, I think eliminating trans fats is the single most important change to our food supply.”

The agency ruled that partially hydrogenated oils, the source of trans fats, were no longer “generally recognized as safe.” That means companies would have to prove that such oils are safe to eat - a high hurdle, given that scientific literature overwhelmingly shows otherwise. The Institute of Medicine had concluded there was no safe level for consumption of them, a stance the FDA cited in its reasoning.The agency estimated that the action would cost about $6 billion to put in effect but would save about $140 billion over 20 years in health care and other costs.

Partially hydrogenated oils are cheaper than saturated animal fats like butter and were long thought to be healthier. They are formed when liquid oil is treated with hydrogen gas and made solid. They became popular in fried and baked goods and in margarine. Crisco shortening was the archetype.

But over the years, scientific evidence showed that they raised levels of so-called bad cholesterol and could lower levels of good cholesterol.

In 2006, the FDA required companies to list trans fat content on nutrition labels, a shift that prompted many producers to eliminate them. That year, New York City banned trans fats in foods sold by restaurants and bakeries; other places, including California, Cleveland and Philadelphia, followed suit. Many major chains, including McDonald’s, found substitutes that sharply reduced or eliminated trans fats, as did Crisco.

The agency estimates that consumption of trans fats fell by 78 percent from 2003 to 2012, and it contends that the labeling rule and subsequent reformulation of foods were important drivers.
Roger Lowe, a spokesman for the Grocery Manufacturers Association, the industry group that plans to petition the agency, said the industry had already reduced trans fats added to foods by more than 86 percent. The decision “minimizes unnecessary disruptions to commerce,” the association said in a statement.

Trans fats will not be completely eliminated. They occur naturally in meat and dairy products, and they are produced at very low levels in some oils during the manufacturing process, the agency said. Saturated fats are still an enormous problem in the American diet, and health experts emphasized that this action should not give consumers a false sense of security.

Barry M. Popkin, a nutrition epidemiologist at the University of North Carolina at Chapel Hill, said consumption of saturated fats in baked goods actually increased from 2005 to 2012, probably, in part, because of reductions in trans fats. The fats are difficult to replace in baked goods because of their unique contributions to texture. However, trans fats are much more dangerous than any other fat, Popkin said, so the agency’s decision will still reduce disease risks.

Listen to the latest songs, only on JioSaavn.com
Companies must list trans fats on food labels only if there is more than half a gram per serving, a requirement that some critics have called a loophole. This action does not change that. But if no petitions are granted, it could be moot, as industrial trans fats would be eliminated.