For the Love of Bao, the Asian Street Food: From Cha Siu to Gua Bao

There are different kinds of bao that are relished as street food in the Southeast Asian countries. This Asian bun has become a rage in other countries too. 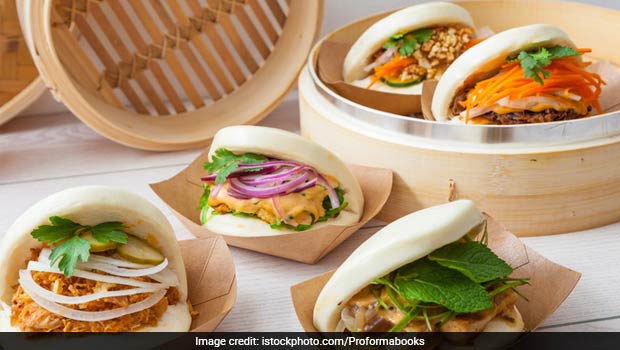 Head to any Pan Asian restaurant in the country and you are bound to come across an appetiser called bao. These pillowy-soft, Asian breads stuffed with all sorts of lip-smacking fillings are reminiscent of burgers, but a whole lot different. The humble bun became a global sensation when renowned chef David Chang of Momofuku introduced it in his New York eatery called Ssam. Soon after, restaurants all over the world started serving their own take of the bao in their respective eateries, much to the delight of the customers.

There are many stories of the origin of the bao. While some trace it back to China, whereon it spread to other Southeast Asian countries during the Chinese immigration, another theory suggests that it was the Mongols who introduced the dish to China during the Yuan Dynasty.

There are different kinds of bao that are relished as street food in the Southeast Asian countries. Originally a breakfast dish, it now features as a popular snack on-the-go. A favourite is the Cha Siu Bao, which is filled with barbecued pork. And then there is the Taiwanese dish Gua Bao, also known as the open-faced bao, which was what led to the bao revolution across the globe. Unlike the Baozi, the Gua Bao is served by folding the steamed bun and stuffing it with fillings, sauces and veggies rather than enclosing the filling in the dough and then steaming it.

How to Make Bao at Home

When it comes to making baos at home, it really all depends on how the steamed bread turns out. The softer it is, the more relishing it will be when you stuff it up with fillings. While the primary ingredients include white flour, yeast, sugar and baking powder, chefs also add some milk powder to add to the softness.

For the filling, there's no end to the number of options. From pork to fish and chicken to veggies, you can play around with different flavours, colours and textures to create your favourite bao. The sauces and seasonings matter because they effortlessly spruce up the flavours. What you need to keep handy are hoisin, soy, barbecue, mayo, mustard, hot sauce, pickled chillies and cucumbers, among others. You can use smoked fish, barbecued meat, grilled veggies, pan-fried chicken, tempura fish and the like.

Coming back to the bao, you need a little patience to acquire the perfect dough because it will all depend on the magic of the yeast you use. Mix all the ingredients along with a little water and knead till it comes together as a dough. Set it aside to rise for 1 1/2 hours. Then roll it out and cut into small balls. Again let it rest for 30 minutes. Roll each ball into an oval disc then fold it into two and let it rest again for 30 minutes before you place it in the steamer. It's this proofing time that makes the whole process a little cumbersome, but once get past it and it's worth the wait.