Wait, What: People Drinking Up Frog Juice to Treat Ailments 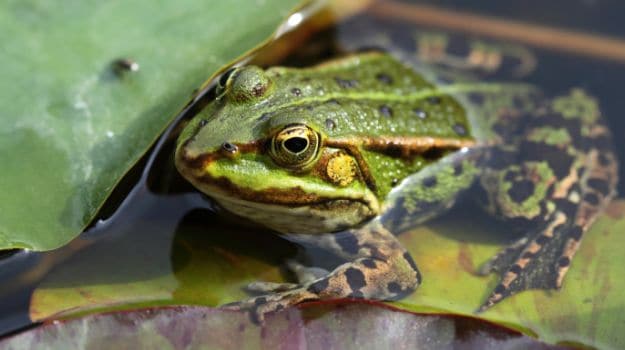 Modern medicine be damned, locals in Peru and Bolivia believe a tall glass of freshly blended frogs is the answer to curing almost any ailment including stress, osteoporosis, low libido, asthma and bronchitis. Making a fresh glass is easy-breezy. The juice stall owner grabs a frog from the tank, cuts its neck with a knife in one swift motion and skins it in a very matter-of-routine kind of way. The freshly-skinned frogs are then blended with carrots, honey and Peruvian maca root till its smooth and light green in colour.

"It's very good for anaemia and for chest complaints, but for anyone who's ill, if you take it three or four times a week, you will feel better very quickly", says a customer, whose quote appeared on the BBC website. Some customers buy a couple of frogs from the shop to make their own frog smoothie at home, preferring to follow their own family recipe.

But wait, the story gets worse.

Not only do the medicinal properties of this juice has no scientific backing, the juice requires frogs from the Telmatobius culeus species, a water frog from Lake Titicaca that is listed as critically endangered by the International Union for Conservation of Nature. “It costs five Peruvian soles - just under $2,” says a juice stall owner on the BBC website. “I sell maybe a 100 “a day.” She’s well aware some of the frog species are under threat. "We all know that, but well… when they disappear, they disappear. But while we have them, we can help people with this drink.”

In Peru, it is illegal to sell, transport or profit from wildlife. People caught with species listed in the Convention of the International Trade in Endangered Species (CITES) may be jailed. The stall-owners have been fined several times for selling the frog drink but they continue their trade, just like customers continue to drink this stomach-churning concoction believing it’s a magical health elixir.