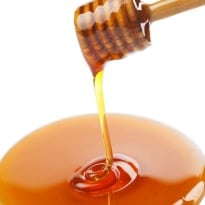 Fructose, found in many foods and beverages may encourage overeating, a new research suggests. The brain responds differently to two forms of sugar, glucose and fructose. Fructose is a simple sugar found in fruit and is added to many foods as 'refined sugar'. While glucose - the primary energy source for the body - is usually produced through the breakdown of complex carbohydrates.

"In a series of studies we have found that when compared to glucose, the simple sugar, fructose, is a weaker suppressor of brain areas that help control appetite and the motivation to eat," said study co-author Dr. Kathleen Page, an assistant professor of clinical medicine at the Keck School of Medicine of the University of Southern California in Los Angeles.

In simple words, people are more likely to feel hungry after a meal with lots of fructose versus one with lots of glucose.

To reach this conclusion, lead researcher Kathleen Page from the University of Southern California and her colleagues examined brain responses and motivation to eat in 24 young volunteers who drank a beverage containing either glucose or fructose.

They viewed images of food during scans of their brains and reported how much they wanted to eat. The food cues produced activation in the nucleus accumbens - a part of the brain's 'reward circuit' and increased the desire for food. Activation in the nucleus accumbens was greater after consuming the fructose drink compared to the glucose drink. The fructose drink also resulted in greater ratings of hunger and motivation to eat compared with the glucose drink."The findings have important public health implications in a society that is inundated with high-sugar foods," Page said.

The associated representing the corn refining industry were of a different opinion. "The subjects in this study were given large amounts of pure fructose and pure glucose separately, which almost never occurs outside a laboratory setting," the Corn Refiners Association said in a statement. "While those who received pure fructose may have reacted as if they were less sated, these study conditions did not correspond to anything like a natural setting in which people normally would be consuming roughly equal amounts of glucose in combination at the same time."

Listen to the latest songs, only on JioSaavn.com
Previous studies have said that fructose releases hormones such as insulin that give a sense of being full. Recent investigations have suggested that only glucose, not fructose, stops hunger by slowing down activity in a specific part of the brain.

The findings were shared at the American College of Neuropsychopharmacology annual meeting in Phoenix, Arizona.