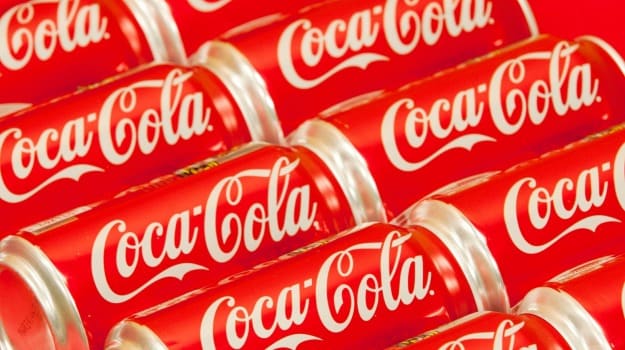 Would you like some high fructose corn syrup and a dash of artificial colouring with your salad? Cola companies just can’t seem to crack open a cold one, relax and catch a break. The distressing, grey storm clouds are gathering over their heads as the worst kind of news rears its ugly head yet again. If reports are to go by, Coca-Cola - in light of deteriorating sales and criticism about jumbo-sized cups - have paid fitness experts and nutritionists to write articles to push coke as a healthy snack.

The company recently launched new miniature cans – pushing them as a guilt free way to enjoy cola. Cashing in on a dual strategy, these cans cost more on a per ounce basis – so even if people are drinking less cola, their sales are only increasing.

According to a report that was published in the Associated Press, many nutritionists wrote posts for American Heart month – each asking the reader to include a small coke as a snack. One article on the Nutrition Planner website called the mini cans of Coke “perfectly-portioned.” Another article published by the Examiner website talked of portion control when it came to snacks and continued to say, “Include having a favorite beverage, even soda by reaching for a Coca-Cola mini can and enjoy!”

Not too long ago, an article mentioned cola as a “refreshing beverage option.” Other articles played up the portion size rule by calling the mini cans the perfect way to curb a craving without overindulging. Apart from being health experts, most of these authors call themselves consultants for food and beverage companies. Some articles come with a ‘sponsored content’ tag, while other pieces mention that the ideas expressed are author’s own.

Also, surprise! Coca-Cola isn’t the only offender. In the past, Pepsi had reportedly paid nutritionists to talk about the health benefits of its chips. Kellogg’s and General Mills have funded studies that polish the images of their products. Recently, the Academy of Nutrition and Dietetics, an organization that represents about 75,000 registered dietitians and nutritionists, gave its first endorsement to Kraft American cheese slices a "Kids Eat Right" seal of approval on the package. We’re talking about a processed cheese product that’s loaded with whey protein concentrate, emulsifiers and sodium citrate!

Coca-Cola, on its part, isn’t denying its comfy pact with nutritionists. Ben Sheidler, a spokesperson for the company has been quoted as saying, “We have a network of dietitians we work with.” He declined to say how much the company pays experts, but added, "Every big brand works with bloggers or has paid talent.” A statement from Coca-Cola said, “We want to help people make decisions that are right for them.” The company claims it works with health experts “to help bring context to the latest facts and science around our products and ingredients.”

The code of ethics of the Academy of Nutrition and Dietetics, a professional group for dietitians, says that practitioners must promote and endorse products “only in a manner that is not false and misleading.” Some believe this is just a case of ‘opaque sponsored content’ and it’s not necessary that these consultants were paid by Coke. In any case, many groups, including Dietitians for Professional Integrity, are seeking tighter guidelines and rules between nutritionists and companies.

Listen to the latest songs, only on JioSaavn.com
According to Associated Press, Robyn Flipse, a dietitian who wrote a sponsored article for Coke, said she would suggest mini-cans of Coke even if she wasn't being paid and although she doesn't drink soda herself, the smaller cans are a way for people who like soda to enjoy it sensibly. “I absolutely think that I provided valuable information," she said.

Whether it’s a large or small can, most dieticians agree cola has zero nutritional value which only fuels obesity and diabetes. The major takeaway from all this? As Horatio Greenough once said ‘trust no one’ and if an article sounds too sweet to be true, squint your eyes and read the fine print for your health’s sake.