Ayushmann is unarguably one of the most loved stars in the league of contemporary actors. Ever wondered what goes into his diet and fitness regimen? We have got the details. 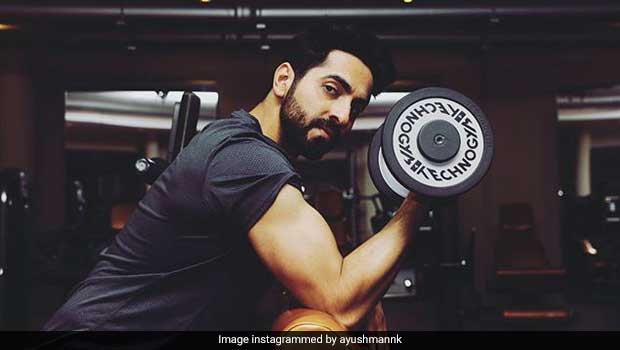 Actor Ayushmann Khurrana would be ringing in his 34th birthday today The actor is currently the talk of the town for two of his upcoming films 'Andhadhun' and 'Badhai Ho', both of which are slated to release in October this year. Ayushmann, who is currently beaming at the response both his film trailers, has admitted in an interview that he is in a very exciting phase in his career. Khurrana is playing the role of a visually impaired pianist in Sriram Raghavan's quirky suspense comedy 'Andhadhun'; the film also stars Tabu and Radhi Apte. In 'Badhai Ho', he teams up with 'Dangal' fame Sanya Malhotra and veterans like Neena Gupta, Sureka Sikri and Gajraj Rao.

Ayushmann Khurrana who made his debut with 'Vicky Donor' has also been a VJ, television presenter and singer. He is also famous for his poetry and jam sessions that he occasionally shares with his fans on social media. Ayushmann is unarguably one of the most loved stars in the league of contemporary actors. Ever wondered what goes into his diet and fitness regimen? We have got the details.

Ayushmann is a foodie. He loves to indulge in delicious Punjabi and Mughlai delights every now and then. He also gives us a peek into his foodie side through his social media stories and posts.

For instance that time, when he served chai and biscuits with 'Shubh Mangal Saavdhan' co-star Bhumi Pednekar to people post interval at a theatre.

Or that time when he was too thrilled to see Chef Sanjeev Kapoor making barfi for the team 'Bareily Ki Barfi'.

But, when he is training for a film that requires him to be fit, he is quite disciplined with his diet. In an interview, Khurrana revealed that he does not eat any carbs after 6 pm. He also does not drink fruit juices late in the evening. Fruit juices are low on fibres. Foods that are low on fibres get metabolised quickly and does quite fill you. He keeps his dinner light and low in calories with a lot of veggies and pulses. He eats multiple small meals through the day and also keeps himself hydrated. In the year 2016, Ayushmann turned vegetarian and loves the impact it has had on his body.

The actor loves to jog. He also does a bit of yoga and when he is very pressed for time, he does skipping. For his film 'Bewakoofiyan', Khurrana played a corporate professional who was a squash player. He jogged five times and trained thrice in a week to build his body for the part. He did a lot of weight training to build muscles. In an interview to leading film magazine, Ayushmann's trainer Vikram Channa revealed that Ayushmann has a lean body and is more of an ectomorph, which means he does not put on fat that easily. Ayushmann revealed in an interview that he alters his fitness regimen according to the roles he play, and when he is home in Chandigarh, he takes it easy on his gym sessions and does not train so vigorously.

Here's wishing Ayushmann a very Happy Birthday. May you get to enjoy all your favourite treats for the day.