Happy Birthday Kangana Ranaut: Food And Fitness Secrets Of The Actress You Would Love To Know

Kangana Ranaut is ringing in her 31st birthday today. The actress is currently shooting for 'Manikarnika,' which is slated to release later this year. 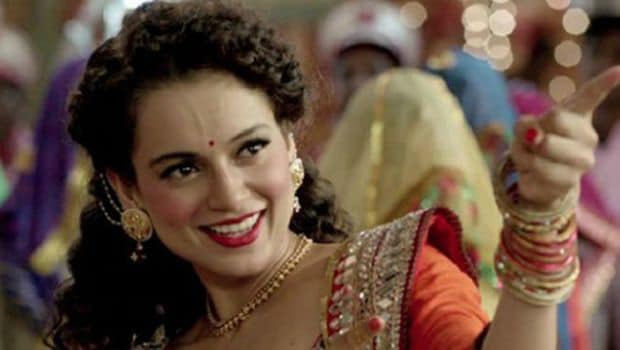 Kangana Ranaut is ringing in her 31st birthday today. The actress is currently shooting for 'Manikarnika,' which is slated to release later this year. Kangana's last release Simran may have earned a mixed response at the Box Office. But, Kangana's character of a kleptomaniac divorcee was well appreciated, by both critics and fans. Be it through her power-packed performances, umpteen awards and accolades, or her bold statements - Kanagana is always making headlines. Kangana's strong fashion sense and beautiful physique are a recurrent talking point too in the media. Here are some food and fitness secrets of the actor you may not have known.

Kangana starts off the day with a power-packed breakfast. A bowl of porridge, cereals and fresh fruits are a regular feature on her breakfast spread. It is said that she is very fond of coffee, which she can have at any point in the day. Her lunch is a simple bowl of lentils, rice or chapatti. In between her meals, she keeps herself fuelled with a bowl of fresh fruits or a thick protein shake. She prefers her dinner to be light and carb-free like a nice hot bowl of soup or some grilled vegetables.

Kangana who has recently turned vegetarian is loving the change it has brought in her health and lifestyle. Kangana, who used to love her biryanis and goshts, doesn't repent the decision that she has taken, even for a bit! She even used to cook delicious seafood and meat curries herself. But now, the actress is happy putting together herself a vegetable salad, pulav, sandwich or a pasta. Since her favourite cuisine is Indian and Italian, she picks many herbs and spices from around the world to make her veggies healthy and enticing.

While Kangana loves to eat out and explore new restaurants, nothing takes the place for simple ghar ka khana for her. Simple dal, chawal and sabzi is Kangana's all-time favourite.

Kangana has always managed to maintain her figure and she credits it to yoga. In an interview in NDTV's Glamour Show, she gave all the credit to her yoga instructor for her fabulously toned body. She also claimed that yoga transformed her life altogether. She said, "Yoga helped me to achieve this kind of focus and concentration. Initially, my mind was bombarded with thoughts, which were directionless. However, with yoga, I found purpose and focus, which helped me to attain stability."

Not many of you would know that Kangana is an ectomorph. Her fitness trainer revealed that it is difficult for the actress to gain weight, which is why she is always on the leaner side.

For Kangana, fitness is paramount. Her physique and shape is mainly dependent upon the movie that she is engaged with. If the character demands her to slim down, she would hit the gym and make sure she looks the part, and if the character does not require any major physical transformation, Kangana sticks to her regular fitness regimen.