Happy Birthday Randeep Hooda: At 41, Here's How He Stays On Top of His Fitness Game

A lover of white butter and pyaz parathas, Randeep is often seen sweating it out in the gym. 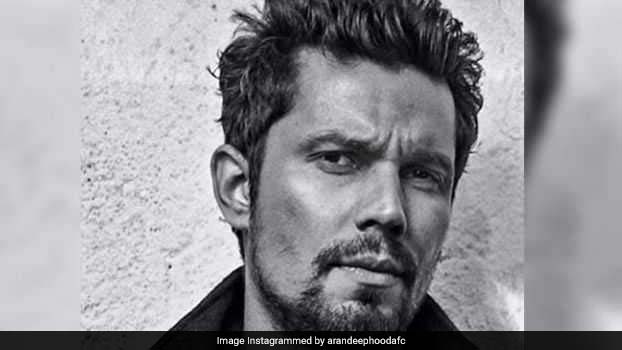 Highlights
He is one of the few actors in the Indian film industry who is known to have gone through a grueling physical transformation just to play a character to its very essence. We're talking about Randeep Hooda who shocked everyone with his unimaginable body transformation for his role in Sarabjit opposite Aishwarya Rai Bachchan. On his 41st birthday, we take a look at what makes the Highway actor stay on top of his fitness game.

To be able to achieve a massive 18-kilo drop in his weight in just a month is no child's play. In some of his subsequent interviews, Randeep shared his love for fitness and sports that existed right from his early years. Randeep attended a sports school and has often shared that he would have been a sportsperson if not an actor. Randeep's dedication towards fitness is something that allowed him to breeze through the Sarabjit transformation without any fuss.

Despite his physical agility, Randeep admitted the Sarabjit experience as one of the toughest and most grueling ones of his life. He was under his sister's supervision, Dr. Anjali Hooda who slashed his daily calorie count to a mere 600kcal a day to achieve the desired weight loss.

Post Sarabjit, Randeep was seen taking extensive care of his diet and fitness to get back in shape, gain weight and achieve his lost stamina. The extreme crash diet for Sarabjit took its toll as the actor was reported to have had a collapse on the set of the Salman Khan mega-blockbuster Sultan.

Randeep's latest release was Sultan post which he is now seen hosting MTV Big F Season 2. Randeep looks absolutely dapper in the show and as fit as ever. Randeep is known to follow to a strict diet schedule and a rigorous fitness regime which gives equal importance to basic stretches, cardio and weight training. "I love to watch my favourite movies or music channels while I am running on treadmill. You don't even realize how you are past 10-15 minutes," notes Randeep in an interview with NDTV 24x7.

A lover of white butter and pyaz parathas, Randeep is often seen sweating it out in the gym. He openly condemns crash diets and believes fitness to be a snail-paced, laborious process. For Randeep, fitness is defined by an enhanced ability to be able to run more or lift more rather than just dropping numbers on the weighing scale. Just a 20 minute run can go a long way in easing off anxiety and staving off depression as well.

Randeep is one of the most desirable men in the country and one of the leading fitness icons, here's wishing him a very birthday and hoping that this star continues to shine brighter with his acting skills and keep pushing the boundaries of his fitness.