Milk is packed with nutrients, and watermelons are perhaps one of the most healthy fruits you have ever known. Individually, they are a treasure trove of health benefits, but teaming them together may not be the best idea according to Ayurveda 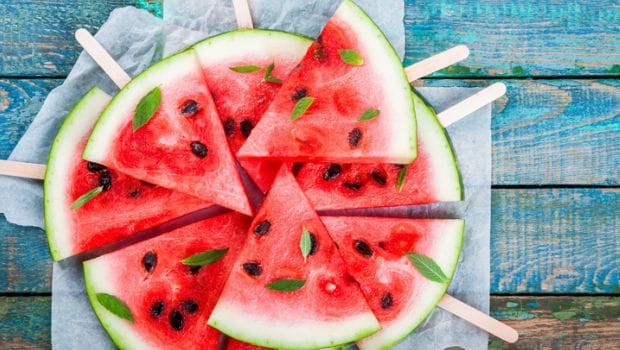 Highlights
Summers are here in full swing and so is the need to indulge in hydrating summer fruits. Watermelon is one such summer fruit we are up for anytime of the day. Apart from being an extremely hydrating fruit, watermelons pack a number of health benefits. What makes watermelon such a hit amongst nutritionists is the fact that 96 percent of watermelon is just water. In summers, it is very important to keep the body hydrated as you tend to perspire more. Macrobiotic Nutritionist and Health practitioner, Shilpa Arora says, "Watermelons contain lycopene, potassium and a lot of other nutrients. It is also loaded with fibre that facilitates digestion and healthy weight loss". According to the book 'Healing Foods' by DK Publishing House, citrulline, an important amino acid found in the flesh of watermelons, can stimulate the production of nitric oxide, which regulates blood pressure and enhances the blood flow. No doubt, watermelon is one of the healthiest additions you can make to your summer diet. But before you do that, you may want to know what Ayurveda says about it; specifically when it comes to pairing the super healthy fruit, with the ever-so healthy milk.  It is said, doing so could give you an upset tummy.

About melons, 'The Complete Book of Home Remedies' by Dr. Vasant Lad notes, "Eat them alone, or leave them alone", which in other words mean that nutrient-dense melons are not fit to be paired with just anything. (Also Read: Watermelon Calories: Use This Summer Favourite Fruit In Healthy Recipes)

But what could possibly go wrong you would think? Milk is packed with nutrients, and watermelons are perhaps one of the most healthy fruits you have ever known. You are right. Individually, they are a treasure trove of health benefits, but teaming them together may not be the best idea.

According to Ayurveda expert, Dr. Ashutosh Gautam, "In Ayurveda, the nature of the food holds immense prominence, which is why you should be more mindful before pairing any two foods. Incompatible food combinations often cause a variety of gastric problems. Watermelon and milk are of 'viruddh' or opposite nature. Watermelon is slightly citrusy in nature, while milk is said to be of 'madhur' nature - which is sweet or mild. Hence, teaming them could lead to digestive issues and toxic build up, which could further lead to vomiting or lose motions. Another factor is that watermelon is a rather loaded fruit. Its high fluid content makes it one of the heaviest fruits to have. To have milk or any fluid after that would just lead to increased fluid intake and leave you with a heavy stomach."

CommentsSo go ahead and make the most of the delicious fruit till it is in the season. However, do keep the things in mind that are noted above.