Here's Why Ayurveda Says You Should Avoid Raw Food

Some experts believe that the raw food diet is restrictive; there is only a limited amount of food that you can have as part of your diet 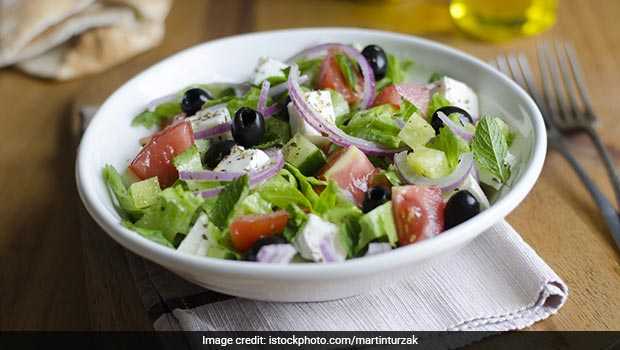 The raw food trend is perhaps one of the most controversial food trends to have ever hit the food circuit. The advocates of raw food have emphasised how including more nuts, seeds, sprouted grains, fruits and vegetables-ones that haven't been heated past 118 degree F have helped boost their overall health, energy and even cut down on a few pounds. It is also widely believed that raw foods are rich in enzymes, vitamins and minerals, which are not lost in the process of heating it. However, just as it is with any food trend, the trend of raw foods too has its own share of detractors. Some experts believe that the raw food diet is restrictive; there is only a limited amount of food that you can have as part of your diet, which may put you at risk of various deficiencies.

(Also Read:Here's Why You Should Not Eat Raw Foods During Monsoon)

Raw Foods Are Rich In Enzymes, Vitamins And Minerals

According to Ayurveda there are many good and bad dietary practices. One of the good practices is to have your food cooked. So, does Ayurveda not approve of raw food?

According to Ayurveda expert Dr. Dhanvantri Tyagi, "there is a lot of confusion on Ayurveda's take on raw food. I would like to clarify that Ayurveda has never said that one should not have raw foods. It is completely okay to have salads, nuts and grains. It is only in some conditions that you should abstain from it. For instance, raw foods are a complete no-no in monsoon. This is the time when bacteria and viral infections are at its peak. Several leafy vegetables get infected due to overwhelming presence of bacteria around. Washing and cooking the vegetables ensure that the bacteria are killed in the process. Moreover, if your digestive capacity is low, then it is better to have foods cooked. Raw foods take a lot of chewing and it may get a little tough for our systems to digest its strong fibres. By cooking food, one makes it easier to breakdown and digest once it enters the system. I have seen some nutritionists also advising diabetics not to take in raw foods in evening as it may pose problem in digestion. In the evening our digestive fire is not as high as it is during the day. "

Several leafy vegetables get infected due to overwhelming presence of bacteria around.

"Other than that it is really dependent upon the nature of food, some foods are meant to be taken raw. You have to take fruits in raw forms, veggies like cucumber are consumed raw. There is no bar on raw foods as such, but one should be mindful of certain conditions before taking anything," he adds.

Therefore, if you like to eat raw foods you need not make any change to your dietary preferences. However, you can keep these conditions in mind.