How to balance the flavours in your cooking 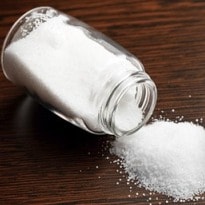 Sweet, salt, bitter, sour and umami - is getting taste right an art or a science?

Heinz is not the market leader in tomato ketchups for nothing. In his exhaustive New Yorker essay on why no other make can compete for the ketchup crown, Malcolm Gladwell concludes that Heinz's secret lies in its perfect balance of the five basic tastes: sweet, salt, bitter, sour and umami. Granted, branding is influential, but you don't shift 650m bottles each year unless it tastes good. There's no doubt that a perfect balance of tastes is essential in achieving ultimate deliciousness.

It can be galling when you follow a new recipe to the letter, and the kitchen fills with mouth-watering aromas, yet the food is lacking something when you taste it. It's like getting all gussied up for a party, but somehow the overall effect isn't as spectacular as you'd envisaged. It is, of course, a given that recipes will always need tweaking to account for different cooking conditions and personal tastes. But these days most westerners learn how to cook from printed recipes, and I for one was never instilled with an instinct for balancing tastes. It may be bleeding obvious when something's too salty or acidic or whatever, but only experience can teach you how to fix it. And then there's the more subtle practice of improving an OK dish by adding a pinch of this, a tad of that, until it sings.

The art of seasoning

This, argues the food writer and former food scientist Jules Clancy in her blog, is about far more than adding a few grinds of salt and pepper. It's about sorting out the sweet, sour and bitterness balance, too (I would add umami to this list). Clancy says she first picked up on the dazzling effects of getting this right in her former life as a wine maker. Increasing the acidity in a wine, she says, did more than simply making it tart: "At the optimal acid level, the wine would be more bright and alive on the tastebuds," she writes. And the mouth feel could be lifted from oily and flabby to thirst-quenchingly crisp.

In cooking you can match your sources of these basic tastes to the style of dish you're preparing: for example if you need some acidity, says Clancy, it should come from a subtle sherry vinegar, a squeeze of zingy lime or a "super-concentrated" balsamic vinegar (which will also deliver sweetness and umami in one hit).

The balance of spiciness, saltiness, sourness and sweetness must be considered not only in each dish, but also between the six or more dishes shared per sitting. "Sometimes all four tastes are employed," he says, "sometimes one or two only, but it's always an exercise in trying to strike a balance." If you have a stonkingly hot curry, for instance, then you'll have a mild stir fry and soup. A sweet salad will be accompanied by a sour stir fry. And so on.

It's an instinctive way of cooking in which your tongue, he says, is the only thing that can get you through the maze of ingredients. "No recipe book will be able to tell you how to cook Thai food correctly because it doesn't take into account what's happening in front of you. It is anarchic really," says Thompson, "it's very loose. It's circumstantial."

First you have to take into account your main ingredient - be it meat, fish or veg - and different batches and varieties will vary. Limes, notes Thompson, have considerably different characteristics in Britain, Australia and Thailand, plus they change with the seasons. The heat in different types of chilli varies wildly and even individual peppers from the same bush can differ, so you can't take anything for granted. Just keep tasting and adding, slowly.

Remember that salt does more than make food taste salty. It enhances sweetness and suppresses bitterness.

If you add a little too much salt, says Thompson, you might be able to get away with it if you up the sourness, sugar or chilli. Diluting the dish with a little more water can also help, he adds, "just lift it out of the intensity".

You can also disguise an unbalanced dish by adjusting the accompaniments. Don't salt the rice, or compensate a sour main dish with sweeter foods on the side.

Beware taste saturation. The more you keep sampling the food, warns Clancy, the more used to it you will become. So punctuate your tasting with palate-cleansing glugs of water.

When using very hot chilli, you'll need to turn up the volume on the salt and sour, too. "It's what Thais call a rounded taste," says Thompson.

Is it an art or is it a science? Do you think about balancing tastes when you're cooking? Have you any more seasoning tips and pitfalls to add to the above?

Photo: The art of seasoning ... it's about far more than adding a few grinds of salt and pepper. Photograph: Hera Food/Alamy