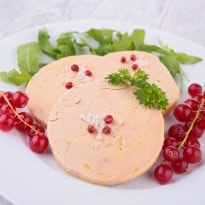 India has banned the import of foie gras, a government notice said, after animal rights activists complained that the method used to produce the duck liver delicacy was cruel. "Import policy of the item 'foie gras'... is revised from 'free' to 'prohibited'," the Directorate General of Foreign Trade (DGFT) said in the notice on its website.

An Indian government official could not immediately say how much of the gourmet food the country imported. But animal rights groups said the delicacy was being increasingly promoted by upscale restaurants in the country. "Fancy restaurants across India are pushing sales of foie gras on their menus - that's why we were seeking the ban," Animal Equality India spokeswoman Amruta Ubale told AFP.

Animal rights campaigners object to foie gras because it involves the forced feeding of birds to engorge their liver, a process activists say is painful for the creatures. A number of countries such as Denmark, Finland and Germany have banned the production of foie gras, the rights group said.