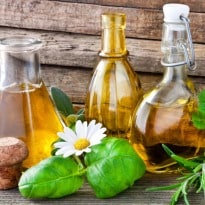 India is considering raising import taxes on crude and refined vegetable oils to protect local farmers and the refining industry, two government sources said, as purchases by the world's top importer are expected to hit a record this year.

The government could increase duties on both crude and refined vegetable oils by more than 5 percentage points, said one official who is involved in making the decision. India currently levies a 2.5 percent tax on crude vegetable oils and 10 percent on the refined variety. "We are considering an increase in the import tax, but it is not going to happen immediately because the official process will take some more time," another government official who is also directly involved said.

Hit by cheaper vegetable oil imports from top producers Malaysia and Indonesia, industry body the Solvent Extractors Association of India (SEA) has petitioned the government to raise the duty on crude vegetable oils to 10 percent and 25 percent on refined products. The first source said that a final decision would be taken by the Finance Ministry. A senior official there said it had not yet received any written proposal to raise import taxes.

REFINERS UNDERCUTBoth Malaysia and Indonesia keep export duties high on crude oil and low on refined oils, making it cheaper for Indian importers to buy refined oils and hitting Indian refiners, said Atul Chaturvedi, chief of farm business at Adani Enterprises Ltd. "Uninhibited imports have hurt our own industry, which is able to utilise hardly 40 percent of its total refining capacity and the duty differential between crude palm oil and palmolein will encourage crude palm oil imports instead of palmolein," he said.

A move by India to raise import taxes could put pressure on benchmark Malaysian palm oil futures, which closed down 0.7 percent on Monday before the Indian news. India is likely to import a record 13 million tonnes of edible oils in the year from November, up from an estimated 11.6 million tonnes this year, including 8 million tonnes of palm oil. India also buys tiny amounts of soyoil from Latin America and sunflower oil from the Black Searegion. Rice and wheat output has surged since 2007 due to a sharp rise in the price at which the government buys grains from local farmers, but oilseeds have traditionally been a laggard.

India, the world's biggest sugar producer behind Brazil, is set to produce a surplus for a fifth straight year to September 2015, swelling stocks and keeping local prices below the cost of production. Because of lower sugar prices, money-losing mills are defaulting on loans and banks have refused working capital to most mills in the biggest cane producing state of Uttar Pradesh. "Mills are bleeding because of surplus production in the last four years, lower retail prices of sugar and higher prices of cane," said Abinash Verma, director general of the Indian Sugar Mills Association.