The Indian coffee house in New Delhi is one of the 400 coffee houses, run by the Indian Coffee Worker's Cooperative Society, in several parts of the country. 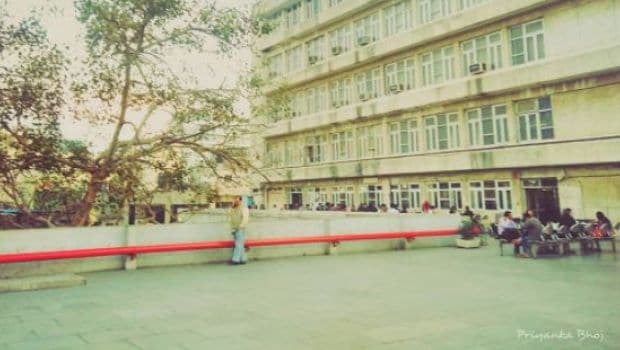 No, this is not one of those fancy coffee shops that you will find at every posh market. Neither does it have free wifi or lounge seating that some of the new hangouts boast of yet this humble coffee place has stood the test of time. I first visited The Indian Coffee House (ICH) back in the year 2013, when a friend of mine insisted we go and hang out at this place. Despite a short menu, ICH impressed me with its delicious food, open roof area where you can sit for hours appreciating the beauty of Connaught Place and their generous servers in white uniform adding to the old world charm.

The Indian Coffee Workers Cooperative Society (ICWCS) was founded in Bangalore on August 19, 1957. The first coffee house under this cooperative society was opened in the same year on October 27 at the Theatre Communication Building in Connaught Place where one of Delhi's most crowded shopping hub Palika Bazaar is situated now. The place was demolished during the Emergency in the year 1976 and the Indian Coffee House was shifted to Mohan Singh Place in the same area. The NDMC played an important role in helping ICH shift from its original base to the present one. The coffee house in New Delhi is one of the 400 coffee houses, run by the Indian Coffee Worker's Cooperative Society, in several parts of the country. Interestingly, coffee houses were a rage during the British Raj, especially in Kolkata and Chennai, where people would gather for intellectual debates and discussions over a cup of coffee, but Indians were barred from entering these places which gave birth to the idea of an 'Indian Coffee House' chain in the early half of the 20th century.

The India Coffee House chain was originally started by the Coffee Cess Committee in 1936, and the first outlet was opened in Mumbai (then Bombay). There were nearly 50 coffee houses all over British India by 1940, frequented by several office goers, teachers, academicians and politicians. However, due to a change in their policy, the committee decided to shut down all the coffee houses in 1950. Hearing this, all the workers at these coffee houses requested the board members to handover the control and management to them instead of shutting these places down. They agreed and the workers took the onus of running the coffee houses which led to the formation of the Indian Coffee Workers' Co-operative Society.

During the early days of its establishment, these coffee house was flocked by people from all walks of life - making the Indian Coffee House a popular hub for journalists, students, scholars, politicians and bureaucrats to engage in debates and discussions. It was always bustling with an enthusiastic crowd - be it anytime of the day. At the Indian Coffee House, time stood still. A quality it manages to uphold till today - you can enjoy endless hours of chatter over endless cups of coffee.

Many influential people like former Prime Ministers Indira Gandhi and Atal Bihari Vajpayee, and renowned personalities like Jayaprakash Narayan and Ram Manohar Lohia have visited the Indian Coffee House back in the day. The growing number of high-end coffee shops may have taken away a chunk of ICH's customers, but loyalists like me continue to drop by whenever they have time. You will find a number of young college-goers chatting, playing the guitar and just having a good time. It's a great place to spend some time with your friends over pocket-friendly snacks like Vada, Idli, Dosa, Mutton Cutlets and French Fries. As a matter of policy, they don't sell aerated drinks but instead, you can order a refreshing fruit squash. The Mutton Dosa, Mutton Cutlet and their Special Cold Coffee with Ice Cream are especially recommended.