This recipe of stuffed masala rava idli by noted food blogger and vlogger Manjula Jain is ideal for weekend brunch and picnics. 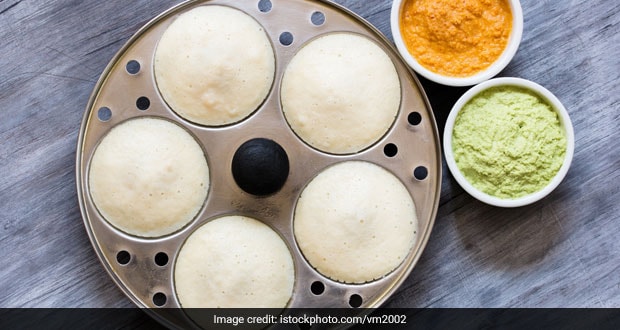 Cooking Tips: Idli is usually made with a rice batter or a rava/sooji batter.

Rava Idli Recipe: Idli is one of South India's most loved breakfast foods. Puffy and pillowy, idli is also dubbed as one of the healthiest snacks you could add to your diet. Since idli is steamed, the calorie count of the snack is much lower compared to the usual deep-fried ones. Idli is usually made with a rice batter or a rava/sooji batter. Over the years, people have experimented with the snack and come up with many interesting variations. From idli pasta to idli burger, the versatile idli can be used in many quirky ways.

(Also Read: What Makes Idli The Healthiest Snack We Know!)

This recipe of stuffed masala rava idli by noted food blogger and vlogger Manjula Jain is ideal for weekend brunch and picnics. You can even serve the snack in your family gatherings. The recipe video was posted on the YouTube channel 'Manjula's Kitchen'. The idli here is stuffed with a zesty mix of chana dal and potatoes. For the filling, you would also need some green chillies, ginger, salt, turmeric, coriander powder, mango powder, cumin seeds and garam masala.  You can pair this wholesome dish with coconut chutney, sambar or any other chutney of your choice. It is so flavourful that you can enjoy it as a stand-alone snack too. This version of idli is sure to be a hit among kids and adults, alike.

Here's the recipe video of stuffed masala rava idli. Let us know how you liked it in the comments section below!