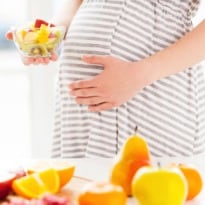 This may come as a huge surprise to many pregnant women, but low iron intake can put your child at risk. A latest study published in the American Journal of Epidemiology is the first to examine the relationship between iron deficiency and having a child with autism spectrum disorder (ASD). It reveals that low iron intake increases the risk of autism in children by five-fold if the mother's age is 35 or more during pregnancy or she suffers from metabolic disorders like diabetes, hypertension and obesity.

Researchers at the University of California, Davis MIND Institute discovered that mothers of children with autism were less likely to have taken iron supplements before and during pregnancy than those whose children seem to be developing normally. Rebecca J Schmidt, assistant professor in the Department of Public Health said "The association between lower maternal iron intake and increased ASD risk was strongest during breastfeeding, after adjustment for folic acid intake."

Iron deficiency is a condition where lack of iron in the body leads to a reduction in the number of red blood cells. Red blood cells help store and carry oxygen in the blood and if they're fewer than normal, a person's organs does not get the required amount of oxygen that it should. Researchers said that iron is crucial in the development of a foetus' brain, and a deficiency in this vitamin could lead to autism. Schmidt added, "Further, the risk associated with low maternal iron intake was much greater when the mother was also older and had metabolic conditions during her pregnancy." The study was conducted with mother-child pairs enrolled in the Northern California-based Childhood Autism Risks from Genetics and the Environment (CHARGE) Study between 2002 and 2009. The participants included mothers of children with autism and mothers of children with typical development. Researchers examined maternal iron intake among the study's participants, including vitamins, other nutritional supplements, and breakfast cereals during the three months prior to through the end of the women's pregnancies and breastfeeding.

The mothers' daily iron intake was examined, including the frequency, dosages and the brands of supplements that they consumed. Schmidt said, "Iron deficiency, and its resultant anemia, is the most common nutrient deficiency, especially during pregnancy, affecting 40 to 50 per cent of women and their infants.

She added, "Iron is crucial to early brain development, contributing to neurotransmitter production, myelination and immune function. All three of these pathways have been associated with autism."