Kjo is a self-proclaimed foodie, he has openly declared his love for good food and admitted being a chubby kid back in school. 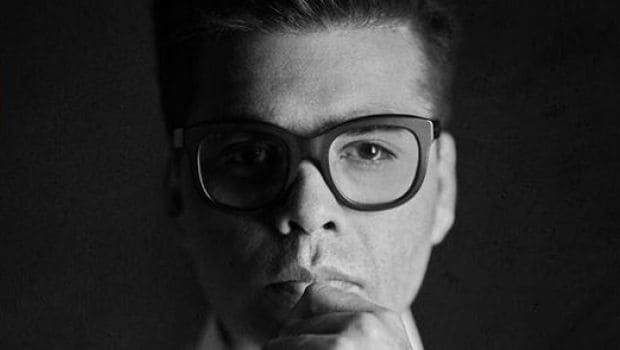 Highlights
He is the one to provide the Indian film industry with its quintessential family drama laced with emotions, packed with romance and all possible glitz and glamour. From the heavy star cast to peppy soundtrack, heart wrenching plots and climaxes that are etched in the mind for a long time, Kjo, as he is lovingly called, explored the many shades of life and the twisted realities of relationships in almost all of his movies. He made his directorial debut with Kuch Kuch Hota Hai - a movie that is often seen as the coming of age of the Indian film industry. Kjo was probably the first one to render a discreet yet effortless tinge of modernity to the traditional roots that Indian cinema depicted for long. Kuch Kuch Hota Hai smashed the box office to become one of the best loved and most revisited movies of all time.

Karan Johar celebrates his 45th birthday today and the Indian film industry is bubbling with enthusiasm to greet this film prodigy. On his birthday, we take a peek into one of the many interests of the celebrated film director - apart from all things related to movies, glamour and of course partying.

He is classy, he is bold and he is full of suave, wishing @karanjohar a very happy birthday! #HappyBirthdayKJpic.twitter.com/dHxh3pwX6F

Kjo is a self-proclaimed foodie, he has openly declared his love for good food and admitted being a chubby kid back in school, "No one wanted to be my friend in school because I never shared my lunchbox. One day the principal walked in and said no one is friends with Karan Johar, who will be his friend? My CEO today put his hand up there and said, he will," he told IANS. "Other students used to share their food and most Gujaratis have yellow things in their food, so everything was yellow and I didn't want my hands to become yellow! So I didn't eat with them because then I thought yellow would come onto everything, I was therefore branded as a snoot. I never shared my dessert with anyone," IANS reported.

Karan isn't someone who loves cooking but is certainly the one who eagerly anticipates whatever is to grace his dinner table. He once featured on Aneesha Baig's show 'What's Cooking Good Looking' and iterated, "I have barely ever been on this side of the kitchen counter, may be thrice in my life".

He pulled of cooking a Chocolate Fudge with much finesse. "If you are heartbroken or deeply in love, my chocolate fudge recipe is what is going to get you going," he exclaimed on the show. He also admitted being a dedicated fan of Sanjeev Kapoor's iconic cookery show 'Khana Khazana' in his early years, "I once tried making the Dum Pukht Biryani all by myself on a lonely college night. I didn't work out that well, I am not usually that good behind the counter," he told Aneesha.

We're sure that this birthday Kjo is having the time of his life, getting his hands on all the sumptuousness that the culinary world has to offer. To spread the cheer further, we bring you the recipe of Karan Johar's Chocolate Fudge that he cooked on Aneesha's show. It is simple, easy to make and absolutely fuss-free.

In a pan melt the butter. Once melted add condensed milk.

Once they merge together add cocoa powder. Keep stirring till completely mixed.

Pour it in a bowl. Let it set for a few minutes.