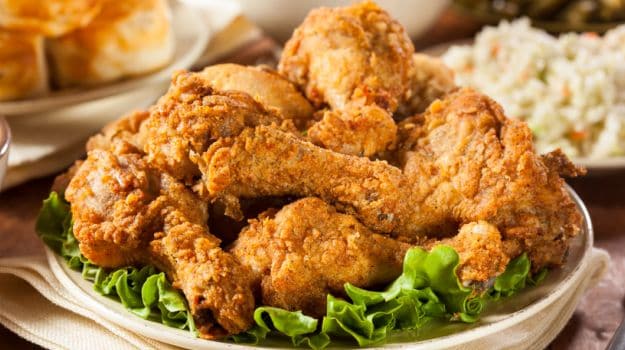 A South Korean court has ordered a fried chicken restaurant owner to pay 14.5 million won ($12,500) for refusing to comply with a ban on using the luxury Louis Vuitton brand name for his outlet, a report said Tuesday.

The owner, identified only by his surname Kim, had called his restaurant in Seoul, "LOUIS VUITON DAK" -- a play on the word "tongdak" which means whole chicken in Korean. He also ran up a logo very similar to that of the French fashion house and had it printed on his napkins and fried chicken take-out cartons.
None too pleased with Mr. Kim's ingenuity, Louis Vuitton filed a suit in September last year, saying the use of the company's name to sell fried chicken was damaging to the brand.

A district court in Seoul agreed and in October ordered Kim to desist and threatened a 500,000 won-per-day fine for non-compliance. Kim responded by tinkering with the restaurant name and came up with "chaLouisvui tondak" which he unsuccessfully argued was different enough to comply with the court ruling.

Louis Vuitton complained again and this week and the court ordered Kim to pay the fashion house 14.5 million won for the 29 days that the amended name was displayed.

"Although he changed the name with different spacing, the two names sounded almost the same," the Korea Times quoted the judge as saying.

Promoted
Listen to the latest songs, only on JioSaavn.com
© 1994-2016 Agence France-Presse