Lunar Eclipse 2018: "Fear Should Be Shunned And Not Propagated", A Clinical Nutritionist Shares Facts Around Lunar Eclipse

The much awaited total Lunar Eclipse occurs tonight i.e. Friday, July 27, 2018. This celestial occurrence will happen when the Moon passes through the centre of the Earth's shadow 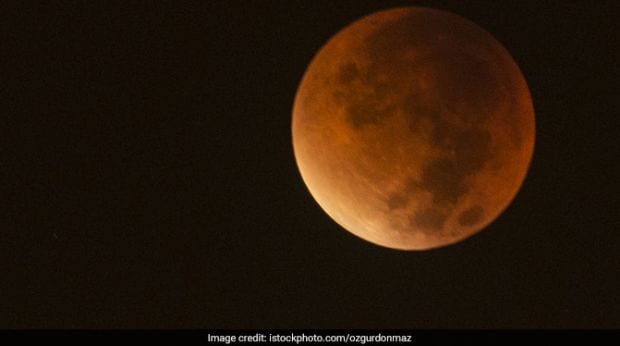 The much awaited total Lunar Eclipse or Chandra Grahan occurs tonight i.e. Friday, July 27, 2018. This celestial occurrence will happen when the Moon passes through the centre of the Earth's shadow, causing it be totally eclipsed for a period of time. This will be the first central Lunar Eclipse since June 15, 2011. Since it will occur near apogee, meaning at the furthest point of the orbit, this eclipse will also be the longest total lunar eclipse in the 21st century. Totality will last approximately 103 minutes and the event will be witnessed across many countries in the world. Unlike a Solar eclipse, one does not need any special glasses or equipment to view a Lunar eclipse. However, just like a Solar eclipse, a Lunar eclipse too has many myths surrounding its occurrence. Ancient civilizations like the Incas, American Indians, Chinese, Mesopotamian, Icelandic, Babylonian and our very own have viewed this phenomena to be an omen and usually a negative one.

Doctors and scientists work with evidence-based protocols which is what I also follow for my daily clinical practice. But, what we cannot ignore is the fact that each patient is unique and their treatment needs to be tailor made; this we do based on our knowledge and experience in having treated thousands of patients.

Traditional medicine is based on experience rather than evidence which is the basis of modern medicine. Today we may have clinical evidence for the positive effects of garlic and turmeric on our health but we learnt about these benefits when they were used on our grandmothers' knees. Ajwain for an upset tummy and ginger for cold and cough are my go-to remedies even today, but at the same time I do not shun medical treatments for my aliments. So what I am trying to say is that the weird explanations of dragons and Rahu eating up the moon are bunkum but the effect of lunar cycles on the human mind and body are also well documented. Allow me to give you facts about research done in this area...

Lunar Eclipse 2018: Traditional medicine is based on experience rather than evidence

In an article published in the British Journal for the history of Science titled 'From Medical Astrology to Medical Astronomy: Sol-lunar and planetary theories of diseases in British medicine 1700-1850, belief that the heavens influenced bodily health persisted-even in learned medicine-until well into the nineteenth century, Robert Boyle and Richard Mead, James Lind supported by Erasmus Darwin were all convinced and led a number of British practitioners to collect data that was used to prove the link between the moon, fevers and other diseases.

Effect of varying electromagnetic effects on seizures and psychological disturbances are somewhat known, but its effects of calcium, other ions and melatonin metabolism, are not well understood. More research is needed in context of human metabolism and cardiovascular risk, so as to develop effective preventive strategies."

In another article published in Pathophysiology titled "Lunar biological effects and the magnetosphere", a positive evidence was found between a full moon and an increase in epileptic seizures, number of sudden deaths in epilepsy, violent and acute behavioral disturbance, increase in admissions related to gastrointestinal hemorrhage and thyroid clinic visits, the occurrence of attacks of atrial fibrillation have been correlated, gout attacks and bronchial asthma in children has been correlated with full and new moon to name a few . The reason given for these phenomena is probably the electromagnetic fields or geomagnetism in combination with either lunar gravity or lunar light. A study published online available on pubmed states that humans as well as animal physiologies are subject to seasonal, lunar and circadian rhythms. Lunar cycles, it states, have an effect on human reproduction, fertility and menstrual cycle and finds that accidents, crimes and suicides seem to be influenced by lunar cycles. It attributes these to the melatonin and endogenous steroids and suggests that probably the neurohormones may be triggered by the electromagnetic radiation and/or the gravitational pull of the moon. Melatonin and corticosteroids are found to disappear in birds during full moon. The sun, moon and renal endocrinology, an article published in the Indian Journal of Endocrinol metabolism finds a correlation between an increase in incidence of renal colic and the moon.

Chandra Grahan 2018: a positive evidence was found between a full moon and an increase in epileptic seizures

I discussed these studies with two eminent physicians of our country and this is what they had to say:

"Effect of varying electromagnetic effects on seizures and psychological disturbances are somewhat known, but its effects of calcium, other ions and melatonin metabolism, are not well understood. More research is needed in context of human metabolism and cardiovascular risk, so as to develop effective preventive strategies" Dr.Anoop Misra, Chairman, National Diabetes, Obesity and Cholesterol Foundation (N-DOC),

"Lunar and solar eclipses are known to cause various changes in electromagnetic field, gravitational forces and light energy around us. Through some known and mostly unknown mechanisms these changes cause biological changes in living beings. Behaviour changes are well known and documented and lesser known are changes in cardiac, gastric, hormonal changes in body leading on to increased number of emergencies and doctor consultations during this period. There is need for science to study these aspects in more detail", Dr.Ajay Kumar, Chairman Fortis Escorts Liver and Digestive Diseases Institute.

I will not even start on the studies linking Psychological medicine and Lunar cycles, but there seems to be consensus that there is some effect of moon on behaviour of patients with underlying psychological issues; after all Lunacy is a word derived from Luna or the moon.

Chandra Grahan 2018: Lunar and solar eclipses are known to cause various changes in electromagnetic field

NASA says there is no evidence that supports any physical effect of lunar eclipse on humans but it may have a psychological affect.

Having said that, we are still a very long way off from any conclusive statement about the detrimental effects of lunar eclipses on our body nor can we ignore what has been researched. My take is that - be and let be, not taking food for a few hours isn't going to malnourish your body but if you have an underlying medical issue like diabetes or CKD or are undergoing treatment for an ailment then your body can do without added stress. The rationalist have tried for eons to dispel myths and fears around these beliefs. Fear should be shunned and andh vishwas is not to be encouraged which means knowledge and societal status must be used positively and not to spread fear. Do what you are comfortable with and don't do what someone tells you without logic.

I would like to end with Dr. R Hemalatha, Director, National Institute of Nutrition, Hyderabad words which hit the nail on the head.

"To our knowledge, there is no evidence of any harmful effects of consuming food during lunar eclipse. Having said that I would like to say that lack of evidence could also be due to lack of any studies in that direction and as long as it is not proven it only is a belief. Traditionally in India, people do not consume food or perform any other activity during eclipse time. In fact, some say that we should not consume food 2 to 3 hours before eclipse. But scientifically there are no studies to substantiate this. Nevertheless, when earth moon and sun are in a line as in eclipse, there is some energy aligned with this, which is believed to improve our meditation power. So in general it is advised that we sit in meditation during eclipse. And it is common knowledge that when we meditate it is preferable to be on empty stomach. This may be one reason that people are asked to fast during and before eclipse.