Mexico's food labeling may increase the risk of obesity! 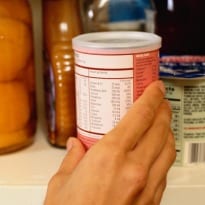 Mexico's new food labeling rules were supposed to help fight an obesity epidemic, but activists and experts said Monday they may actually encourage the public to consume high levels of sugar.

The debate over sugar has grown bitter, in a country with one of the highest obesity rates in the Western Hemisphere. AThe new label rules unveiled last week list the amount of sugar and other contents as a percent of recommended daily intakes. The new labels will no longer list the weights of the ingredients, instead simply listing them as calories and percentages of recommended daily intake.

But the labels assume that an average acceptable daily consumption of sugar is about 360 calories, equivalent to about 90 grams of sugar. The World Health Organization has proposed a sugar intake of as little as 100 calories or about 25 grams per day.

Almost three dozen public health and nutrition experts published a full-page ad in Mexican newspapers Monday saying the new rules "increase the risk of obesity and diabetes." It said the labeling system "is difficult to understand and represents a serious risk to the health of Mexicans," according to the ad.

The government health agency responsible for publishing the new rules last week did not immediately answer calls for comment.

"This is terrible, because some people are going to see this label ... and they're going to say, 'well, I'll drink this Coca Cola, because it is 70 percent of my sugar requirement, and I can drink another 6 ½-ounce one, to get 100 percent of what they recommend I get of sugar,'" said Alejandro Calvillo, head of the Consumer Power activist group.Calvillo said the decision to stop listing the weight of sugar in products was a mistake, in part because his group had some success in educating the public that 90 grams of sugar are equal to about 6 tablespoons -- about two-thirds of a cup.

Mexico is among the fattest countries in the world. Just under one-third of adults are obese, according to the U.N. Food and Agriculture Organization. Seven out of 10 Mexicans are overweight and the country has surpassed the U.S. in obesity rates, according to a United Nations report, mostly due to a diet of fatty foods and sugary sodas.

CommentsLast year, Mexico's lawmakers approved a new tax on junk food as part of the government's campaign to fight obesity. The move came a little over a day after legislators agreed to tax soft drinks. Mexicans drink an average of 163 liters (43 gallons) of soft drinks annually, also among the highest soda consumption rates in the world.